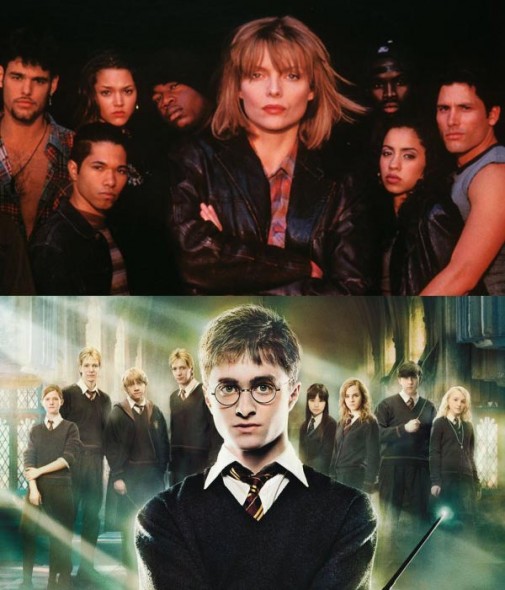 Guess which group is LESS likely to get into college?

First of all, let me make this clear: if you want to learn magic, there is no better place than Hogwarts. That may seem like faint praise, since your only other choices are Durmstrang, which is borderline evil, and Beauxbatons, which is French. But Hogwarts really does seem to turn out top-notch wizards and witches.

That being said, I wouldn’t send my kid there if you used the Cruciatus Curse on me. (Okay, maybe then.)

These are the classes for first-year students:

That’s an amazing curriculum, absolutely. But consider what’s not on that list:

They don’t learn any of the three R’s at Hogwarts. In fact, they barely know the letter R. Perhaps we could compare it to a conservatory like Julliard: only the best and brightest are admitted, and the focus is narrow and intense. The difference is, Julliard is a college, meant for people who have already received a basic education. Hogwarts is a primary school, and in the Western world, it’s almost impossible to find a primary school with so narrow a focus. For instance, Stuyvesant is one of the country’s most competitive and prestigious math and science high schools. The large, large majority of the students there have every intention of seeking a career in the sciences. And yet, the school requires that they take English, Social Studies, and Foreign Languages.

And remember how I compared Hogwarts to Julliard? Well according to the Julliard website…

During the third and fourth years, students have latitude to pursue electives on such topics as art history, creative writing, the Black Arts Movement, the Harlem Renaissance, European history, film, the family, existentialism, and various philosophical traditions.

So even at the schools that pride themselves on specialization, they don’t completely neglect the other subjects. Why not? Partly, it’s to keep the students’ options open. Haven’t your career plans changed since you were 11? I wanted to be a professional Mario Kart player, but in retrospect, I’m glad they made me study English. Our education system is designed so that every career choice is available to you when you graduate from high school (grades permitting).

On the other hand, let’s say a Hogwarts graduate decides they’d rather not live in a closed society of wizards. Too bad—those poor kids don’t stand a chance of getting into a Muggle college. They’ve never had to analyze a piece of creative writing or solve a basic equation. Can you imagine how abysmally they’d do on the SATs? (Or whatever the Brit equivalent is.) Because of their unique education, they’re permanently cut off from 99.99% of human society. 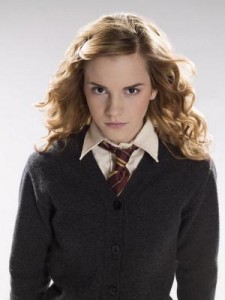 The only magic she CAN’T do is unbreaking his parents’ hearts. (And raising the dead.)

Consider for a moment what happens to Hermione Granger when that owl drops off her acceptance letter. Her parents send their only child off to a boarding school they’ve never seen, with a curriculum that disqualifies her from every job they’ve ever heard of. And when she gets back for the summer, she can’t even show them a single spell (students can’t use magic outside of school). J.K. Rowling was once asked how the Grangers feel about Hermione. She said, “They are a bit bemused by their odd daughter but quite proud of her all the same.” Bemused? They must have been devastated. Their kid is abruptly indoctrinated into a secret society they can never be a part of. Can their side of the family even be invited to her wedding?

When you get on that train to Hogwarts, you leave the human world behind… for good. The books portray that as an exciting thing; I say it’s a bittersweet journey, at best.

But it’s not just practical considerations that make a liberal arts education important. We don’t stop to think about it often, but this kind of curriculum is supposed to make us better human beings. Here’s what the Berkeley College website has to say on the subject:

To be liberally educated is to be transformed. A liberal arts education frees your mind and helps you connect dots you never noticed before, so you can put your own field of study into a broader context. It enables you to form opinions and judgments, rather than defer to an outside authority. 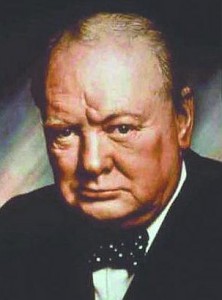 This will NOT be on the exam.

Not to mention that most people would consider knowledge worthwhile for its own sake. You know the saying about those who don’t learn history being doomed to repeat it? Well, the (mostly) British students at Hogwarts never learn the first thing about their country. In Love Actually, the Prime Minister extolls England as, “the country of Shakespeare, Churchill, the Beatles, Sean Connery, Harry Potter. David Beckham’s right foot. David Beckham’s left foot, come to that.” The only one of these things most Hogwarts students have ever heard of is Harry Potter. These are not well-rounded people (unless your worldview is so focused on magic that you consider someone versed in both Potions and Charms to be a real Renaissance Man).

Now contrast Hogwarts with a similar, yet completely different place: the Xavier School for Gifted Youngsters. (NOTE TO UBERNERDS: I’m talking about the School as depicted in the X-Men movies. The depiction in the comics has varied over the decades, and I believe originally all the “students” were adults and it wasn’t much of a school at all.)

When Wolverine first stumbles into Charles Xavier’s office, the Professor is lecturing a group of mutant children. Is he teaching them strategies for infiltrating Magneto’s secret lair? How to drive the jet? Advanced hand-to-hand combat (he’d be an awful teacher at this)? Not quite: “I’d like your definitions of weak and strong anthropic principles on my desk on Wednesday.” It’s a Physics class. Regular old Physics. 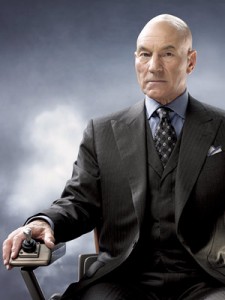 Xavier’s school isn’t primarily about teaching mutants to use their powers. It’s first and foremost a school. Students also learn to control their powers, and some even learn to fight bad guys. But you don’t go to the Xavier School for superhero training. You go to get an education. Xavier wants to offer his students a choice: “Rejoin the world as an educated young woman or stay on to teach others. To become what the children have affectionately called X-Men.”

Xavier is a big fan of the human race. That’s something you certainly can’t say for wizards. Wizards, like Magneto, see humans as inferior. In fact, wizards seem to pride themselves on ignorance of the Muggle world. In Half-Blood Prince, Professor Slughorn asks Hermione about her parents. She explains they are both dentists, and no one in the room has any idea what she means. At Hogwarts, students learn more about the care of magical creatures than they do about the rest of the human race.

The ironic thing is, the ability to use magic arguably makes a liberal arts education more important, not less. 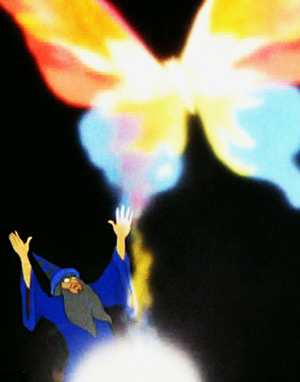 This man knows how to use magic.

I like to hope that if most of us were handed a magic wand (literally) that removed a lot of the drudgery of modern life, we’d use that extra time in cultural pursuits. We’d read more, write more, take a dance class, go backpack around Europe, etc. We’d produce magical three-dimensional movies, and paintings conjured out of our dreams. Magic would be a tool for knowledge and truth and beauty. And yes, I know that most of us would just watch more TV. But still: magic would (theoretically) give us the opportunity to devote ourselves to the liberal arts, or at least explore them more than our non-magical lives currently allow.

But for the wizards of Harry Potter, magic is an end unto itself. Consider the third book, in which Hermione is given a device that allows her to travel back in time. She uses it to take more classes. In other words, she uses magic to learn more magic. Why? So she can get a job working for the Ministry of Magic.

And you know what’s really sad about the Harry Potter books? Being a wizard or witch seems to be a pretty dull existence. No one gets to groom the once and future king of England for his destiny. No one gets their own island domain on which to raise their nubile daughter. No one gets to ride the world’s fastest horse. They do get to fight evil (a little). But as my friend Jordan Stokes put it, “fighting evil is like being in a rock band: a healthy way for young people to express themselves, sure, but not what you’d call a career path.” 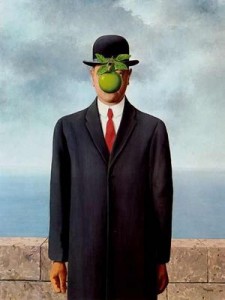 The glamorous life of a wizard.

Most wizards and witches become government bureaucrats. The Ministry of Magic is by far the largest employer in the wizarding world (Harry, Ron, and Hermione all work there eventually). Other vocations seem few and far between. Ron has a brother who works with dragons. There’s at least one newspaper you could write for. There are a handful of pro Quidditch players. But basically, wizards don’t seem to live interesting lives. For all their phenomenal powers, they have little choice but to work in a cubicle, probably decorated with magical moving Dilbert comics.

Of course everyone wants to work for the Ministry, for the same reason all Spartan children want to be soldiers. That’s all they ever know. And like Sparta, wizard civilization is the poorer for this. Maybe it’s not a coincidence that you don’t hear about any great wizard artists–wizard children never learn about art in school.

They have libraries full of books, but all of them are about magic. If there is a wizard equivalent of J.K. Rowling, we don’t hear about her. And I wonder, when tragedy strikes (as it often does at Hogwarts) how do they console themselves? They don’t know any comforting poems. They don’t have any stirring symphonies. All they have is Quidditch.

And Quidditch, while awesome, is poor soil to base your whole culture on.

40 Comments on “Hogwarts is a Terrible School”