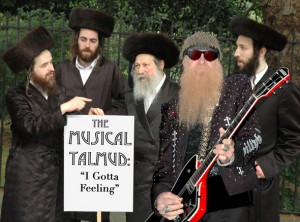 At first blush, the Black Eyed Peas’ “I Gotta Feeling” may be one of the most inane song ever written (Cracked.com certainly thinks so). The lyrics basically consist of a series of non sequitur party-related cliches. (Then again, I suppose that description could apply to most pop songs. But I digress.)

In other words, it’s the perfect candidate for Overthinking It’s “Musical Talmud” treatment, in which we subject the lyrics of pop songs to a level of scrutiny they really, really, don’t deserve.

The party starts after the jump… 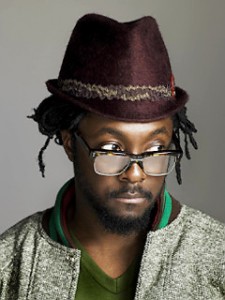 I know not what the evening has in store.

The Mystery of Anticipation

The male narrator, as he prepares for the evening’s festivities, expresses his feeling–his gut intuition–that “tonight’s gonna be a good good night.” He references “tonight” with some emphasis and specificity, as if most nights don’t come with this sort of feeling. What gives him this premonition? And what’s so special about tonight, compared to other nights?

The answer lies below in the remaining lyrics. But before we get there, we need a plan for the evening’s festivities.

Again, we should note that the narrator emphasizes the special quality of tonight. “Tonight’s the night”–not just any other night. More on that later.

What’s going to happen tonight? He’s going to conspicuously display his wealth while…smashing things and jumping off of couches? Not quite:

“Go out and smash it:” It’s not a desire to commit random acts of physical violence; instead, “smash it” is a slang reference to sexual intercourse (no, I’m not making this up). And the sex seems quite good; it’s the kind of sex that has one moaning “Oh my God.”

“Jump off that sofa/let’s get off”: The narrator is not merely commanding the listener to get off the couch and go party (though that it certainly a requirement for the kind of night he’s planning). Again, he’s making a reference to sex: did you know that “jump off” is slang for casual sexual partner? (again, not making this up). And likewise with “Smash it/Oh my God,” the orgasm follows the intercourse (“Let’s get get OFF”).

These coded sexual references are indicative of a sort of larger deception that’s going on in this song. Hint: it has to do with the still-unanswered question from the beginning of the song: how does he know that tonight’s gonna be a good night? But before we work on that answer, it’s time for a quick… 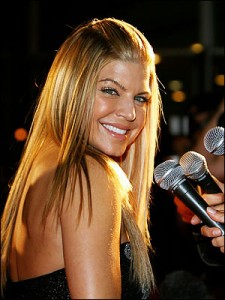 Fergie: not exactly the model of rational behavior

In this section, the female narrator at first expresses confidence in the evening’s festivities, but then reveals that she’s stressed out. This is the first sign of negativity or weakness in the song. Coincidence that it comes from the mouth of the female singer? I think not. And as if that weren’t enough, she’s going to get “spaced out” (i.e. do drugs) and “losing all control (sic).” Not only is she stressed, on drugs, and irrational, she also can’t follow a simple parallel grammatical construction!

Now, let’s get back to the main event. 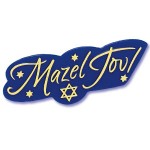 Hey, it's the Musical TALMUD! How appropriate.

Congratulations Are in Order

I won’t dwell too much on the fact that “Mazel tov” is a Hebrew word since it’s used commonly enough in standard English parlance. Instead, let’s consider the meaning of the word: “congratulations,” as in, “congratulations on your special occasion.” Based on the primacy of “tonight” that the narrator has established thus far, he seems to be congratulating his fellow party goers (and himself) for making his hope (that tonight’s gonna be a good good night) into a reality. “Job well done. I was pretty sure this was going to be a good night, and we made it happen. This is indeed a special occasion,” he seems to say.

After the fairly straightforward command to disrobe, the narrator introduces a peculiar turn of phrase. In imploring us to “paint the town,” he specifically leaves off “red” in order to make that line (now ending in “town”) to rhyme with “we’ll shut it down.” Why, after a night of revelry on the town, would the narrator want to shut it down?

The answer is simple: because he can. It’s a confident expression of power and control, one that starts to reveal the narrator’s true nature. To further drive this point home, he then issues…

An Emphatic Call to Action

He’s a man of action. Things don’t happen to him; he makes things happen. He’s a doer.

Still with me? Good. We’re almost at the end, but before we bring it all together, it’s time for a quick…

I detect at least 4 references to classic rock songs in these lyrics:

Now that you’re good and rocking out, I unfortunately must bring you back down to earth with…

So much for “tonight’s gonna be a good night” and “tonight’s the night.” Apparently, this sort of thing happens EVERY DAY to the narrator. Not just every day. It happens twice on Saturdays!

The narrator’s clever deception is complete. His intuition that “tonight’s gonna be a good night” was no intuition at all. He knew the evening’s outcome all along–since it happens to him EVERY FREAKING DAY (and twice on Saturdays). His “mazel tov” was tongue in cheek. No congratulations are in order for achieving something that’s a guaranteed outcome.

How is all of this possible? The narrator is clearly a powerful man if he can guarantee a “good good night” 8 nights a week and can shut down the same town in which he parties–only to have it re-opened in time for the following night.

This song is about power. And having sex after partying and drinking all night long.

2 Comments on “The Musical Talmud: I Gotta Feeling”