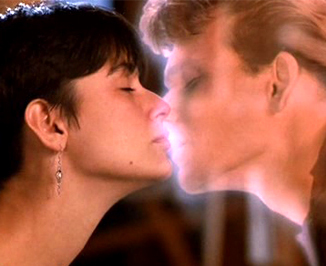 It's amazing, Molly. The love inside, you take it with you. See ya.

Patrick Swayze’s father was a rodeo clown, and his mother was a dance teacher. His first artistic calling was to the ballet. Is there any greater evidence in popular culture that the artist’s soul transmutes?

The arts is more than learning technique, more than honing craft – artists tune themselves as conduits for the expressions, emotions, energies, sympathies, all the quantifiable and unquantifiable good graces of human existence. By learning one, you are learning all of them – so when at some point somebody comes along, takes away your dance shoes and hands you a surfboard, or a horse to ride, a fake gun to fire, lest we forget – a microphone in a studio, or a potter’s wheel – once you figure out what to do with it, you know how to regard it; you know what it means.

And then maybe somebody gives you back your dancing shoes and a pretty girl to dance with who nobody puts in a corner – and  you become a legend. And then you leave us (sometimes in Spanish) . . .

We had the time of our lives, Patrick. And we owe it all to you. 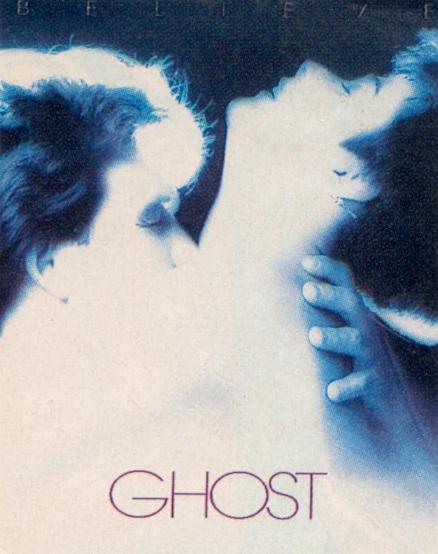 I've long held that this movie, more than anything else, is the cultural marker at the end of the 80s and the beginning of the 90s. A really wonderful film.

Patrick Swayze was one of those artists who continues to be the bread and butter for Overthinkers – a man of deep and profound talents who could have chosen to do anything with his life, and decided to spend it making art for the people. And not alt-local performance art that claims from the standpoint of a shaky and trifling intellectual minority to speak for those who cannot speak for themselves (these people aren’t so bad, of course, but let’s be fair) – actual art for the people – the bulk of people, the great mass of humanity who go about their lives every day without spending many moments with the lyrical, the beautiful, the poetic, or anything of the sort. 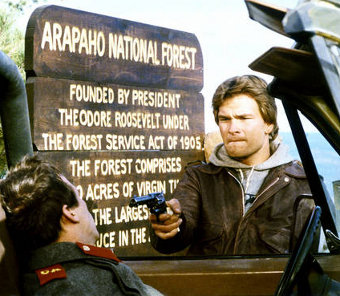 You've been jacked by Swayze, Communist!

Bookworm shut-ins who feel their heart jump inexplicably at various moments in Point Break, or high school girls raving over Dirty Dancing, or 30-something Baby Boomers reaching a little bit outside themselves and their own prejudices to try to understand one of the rebs in North & South. Or pretty much anybody who ever watched Red Dawn, which is a self-selecting group. There’s very little I can do to identify these people (among whose number I count myself), no epithet I can ascribe to the watcher of Red Dawn than that he or she decided that it was a good idea to watch Red Dawn in the first place. But I digress. We’ve all had our lives bettered by the Swayze. We have been his life’s work.

Patrick Swayze was a Romantic actor, with a capital R – an emotional performer, a man who stretched his sympathies toward physical and verbal resonance – and toward harmony and consonance with those around him. By all accounts, he cared deeply for the way his work made people feel and the service it offered, helping them feel a little better when they felt bad, or a little worse when they weren’t feeling much at all. He intuitively and intellectually understood the power of art to connect people outside of the grasp of what might be termed learning or knowledge.

Patrick Swayze was to acting what “Piano Man” is to music – if “Piano Man” played constantly for thirty years and played a different tune with every turn of the ear you gave it, like a gemstone turned slightly, with the incident angle of its facets casting a different brilliance, a fresh-hewn shape of refracted light.

You may think I am joking, but I am totally serious. Patrick Swayze was a brilliant actor – one of those rare actors in the mold of Harrison Ford or Humphrey Bogart, where he was so much better than the lines he was given to say that seeing them written down is like waking up with a hangover. “Did that really happen? Oh, that was awful! Ack!” No, it wasn’t awful, it was a great party, and you had a great time. And Patrick Swayze said it, and it was a great movie.

When Michael Jackson died, I wrote about how horrible his death was, like David Carradine’s death in Thailand. This time, I won’t do everybody the disservice of lumping it into a trifecta, but I’ll compare Swayze’s death to the death of Ted Kennedy. 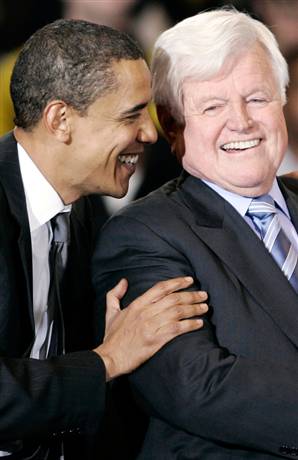 And one more for the road.

Both of them did something remarkable – they were handed an absolutely lethal prognosis, and, faced with their own nigh-unavoidable and imminent deaths, fought like lions to do better work in that last year of life than anybody would have thought possible from them, even had they not been sick.

I haven’t seen The Beast, but if anybody told me Patrick Swayze was going to make a critically acclaimed cable cop drama, I probably wouldn’t have believed them. I have tremendous respect for the guy, as I’ve said, but his career seemed unlikely to produce many more surprises, and he hadn’t made a genuine hit in quite some time.

So, I’m definitely going to track it down and watch it now.

Like Kennedy, he lasted longer than anyone thought he would, and was inspiring in what he managed to accomplish in his last days, but he didn’t so much defy death as fulfill it, giving that one last interview with Barbara Walters before catching pneumonia and going about the unenviable business of shuffling off his mortal coil. He brought his life to conclusion. That, I think, is a blessing, a lucky thing, and a thing to be admired and envied when it happens.

It is always a particularly jarring moment when a sex symbol dies. Western culture at the very least, has many coping mechanisms to deal with age and death, and one of them is, as one gets older or respect the word of elders to an increasing degree, one is often convinced that the achievements of the body, by how fleeting they are, are less important, less valuable, less meaningful. This is really a way of saying good-bye to them more than anything else — and at its worst, it’s a begrudgement of the wondrous gifts of physical life — spiting the people who exemplify them most out of jealousy or frustration.

So, when a sex symbol dies, especially one like Swayze who was always in one degree or another a dancer — a person who used his body very expressively — when he or she dies, it is often hard to regard physical gifts, such as the gift of performance and presence, with full esteem. We are more comfortable with faded, black-and-white pictures of our past athletes — of old-timey ballplayers rounding the bases with baggy pants and scrambly legs — than with contemporary ones, especially if they die older.

Patrick Swayze was not stupid just because he acted in a very physical style and wasn’t an especially verbal performer, just as somebody is not smart just because he or she can talk (as I perhaps have proven by now). And the truth behind the fading of youth into age and health into infirmity and death is not that youth and health matter less,  but that they matter too much — too much for anything really fitting to be said in farewell to them.

Well, in such a sad hour, thinking of so great a man who loved this ol’ world so much, I can’t think of anything to send him off with better than a good old trucker song, from a Patrick Swayze movie I will always hold near and dear to my heart – Black Dog, or as I like to call it, “The best movie ever made about trucks starring Patrick Swayze and Meat Loaf.”

(Finally, I’d like to link to the Onion AV Club’s excellent “The Way of the Swayze” article from March 2007. I don’t agree with everything in it, but it’s definitely worth a read.)

Or read more from… Featured, Movies, communism, dumps like a truck, fallen heroes, Ghost, i am human and I need to be lo-o-oved, obituaries, Patrick Swayze