Here at Overthinking It, we’re always trying to interpret lyrics of pop songs. Most of the time, in the “Musical Talmud” series, this involves a close reading of the text and a subjective interpretation of the work as a whole.

How old fashioned. Now, thanks to the Internet and the wonders of modern technology, we now have a new tool to help us decipher pop music lyrics: totally unnecessary quantitative analysis. 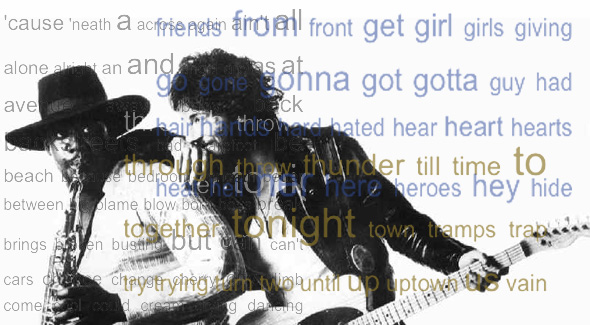 The idea is to take an entire album’s worth of lyrics, crunch the numbers, see what words turn up most frequently in the lyrics, and compare those words to the common understanding of the overall “meaning” of the album as a whole. For this experiment, I’ve chosen three fairly wordy, non-repetitive albums from three different genres: Born to Run, Straight Outta Compton, and Taylor Swift’s eponymous debut album, Taylor Swift.

First, a note on methodology: I compiled each album’s lyrics and, when applicable, omitted entire choruses that were repeated in their entirety.  I fed the text into a free text analysis tool on UsingEnglish.com, which automatically excluded an undefined list of “common words” from its analysis. in addition to those omissions, I excluded contractions such as “I’ll” and “gonna” that appeared in the initial results.

The resulting lists for each album show the top ten most frequently used non-common words in the lyrics and the number of times those words appear in the lyrics. 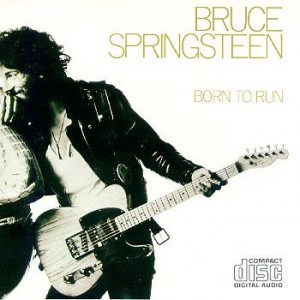 In this case, the numbers work out quite well. “Tonight” is an excellent one-word description of Born to Run. With its sweeping tales of desperate escapes and doomed love, “tonight” is both a statement of the time of day that these stories play out as well as the sense of urgency felt by its characters. When does the “meeting across the river” occur? Tonight. When is “everybody out on the run”? Tonight. When are the “streets on fire in a real death waltz”? Tonight. In Jungleland.

How does this method apply to an album that’s even wordier than Born to Run? Quite well, I would argue: 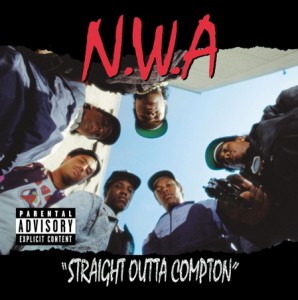 You may be thinking that “yo” in the hip-hop context is too common of a word to include in this sort of analysis. Nevertheless, it’s telling that by my methodology, “yo” is the most frequently used word on this album, a pioneering work of the “gangsta rap” subgenre. “Yo” is no mere two letter interjection. According to the Wikipedia definition of the term,

This speaks directly to the bravado and swagger expressed on this album. These “Nice Fellas With Attitude” are not shy about directing attention to themselves and their penchant for aggression and violence.

But even if we concede that “yo” is too short/common of a word to be included, then the second most frequent word in the lyrics still serves well to encapsulate the mood of this album.

Such a word would have no place in this final case study, however: 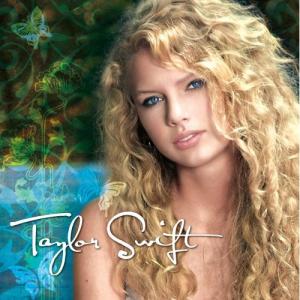 Although Swift’s songwriting has been trashed multiple times on the Overthinking It podcast, she once was described in the New York Times as “one of pop’s finest songwriters, country’s foremost pragmatist and more in touch with her inner life than most adults.” That being said, it’s interesting to note that “eyes” is the most frequently used word in this album, and that for eight out of those eleven instances, “eyes” are used as examples of physical beauty (the other two usages are in the context of eyes rolling and being distant).

Critics could point to this as an indicator of the superficiality of Swift’s songwriting (or journal writing as Wrather would describe it), but that may be too harsh. This album doesn’t pretend to be anything other than an expression of teenage longing and heartbreak, and as parts of the body go, eyes are quite effective at conveying such emotions. More so than those other parts of the body.

Admittedly, I haven’t really proved much beyond showing that word frequency matches pretty well with the intuitive, widely accepted understanding of the meaning behind three fairly straightforward albums. (Okay, I did show that the word “fuck” appears 46 times in Straight Outta Compton, which is an important statistic to have on hand at your next cocktail party.) This should come as no surprise. Still, I think this method could lead to further analysis of more lyrically complex albums such as Pink Floyd’s The Wall or Soulja Boy’s souljaboytellem.com.

Anyone care to guess how many times the phrase “Soulja Boy” appears in souljaboytellem.com, or, dare I ask, what that might mean?

7 Comments on “Textalyzing Albums: Word Frequency in the Lyrics of Born To Run, Straight Outta Compton, and Taylor Swift”