He never gives up; he’s always there
Fighting for freedom over land and air …

Today, as the new G.I. Joe movie premieres in theaters across the world, Overthinking It takes a moment to honor our favorite real (fake) American heroes. These men and women, through fictional heroism and quiet devotion, inspired us to believe in our country. Whether depicted in movies, or TV shows, or comic books, they were the cultural embodiment of a literal ideal.

Join us today in saluting these Real (Fake) American Heroes. 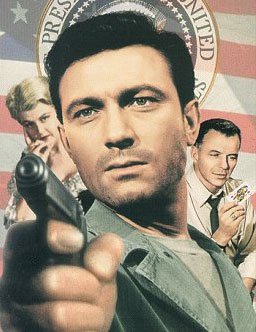 Raymond Shaw is the bravest, kindest, warmest, most wonderful human being I’ve ever known. His citation for the Congressional Medal of Honor read in part: “Displaying valour above and beyond the call of duty, did single-handedly save the lives of nine members of his patrol, capturing an enemy machine-gun nest and taking out a full company of enemy infantry.” But I had the distinct honor of serving with him in Manchuria, and I assure you his excellence knows no bounds.

Did you know he makes, by far, the greatest omelettes I have ever tested? These omelettes made me wish I was an egg, so I could be part of something so beautiful. And the man can play guitar like nobody’s business! Once when we were surrounded behind enemy lines, Sgt. Shaw saved us with a rendition of “Johnny B. Goode” so blisteringly awe-inspiring that the Koreans dropped their weapons and started dancing. And his solitaire-playing is truly something to behold.

In short, I cherish the ground Sgt. Shaw deigns to walk on, and I would absolutely support his stepfather, Senator John Iselin, for any office he might decide to run for.

Amos the Mouse, Ben and Me (Perich)

Benjamin Franklin was one of the most extraordinary men of the 18th Century. Philosopher, inventor and patriot, he rose from obscurity to become one of the greatest figures in American history. In our struggle for freedom, much credit must be given to this illustrious–

For it was Amos – the humble churchmouse – who was really responsible for the great deeds attributed to Benjamin Franklin! And here’s the proof in his own words:

Five minutes after meeting Ben Franklin, Amos has already led to the invention of the Franklin stove and bifocals – two inventions that made the lives of Americans vastly more comfortable. A minute later, he’s jump-started the Pennsylvania Gazette and saved Ben from bankruptcy. Amos later goes on to be pivotal in Franklin’s (apocryphal) electricity experiments and the drafting of the Declaration of Independence.

Amos displayed a remarkable generosity and loyalty towards Franklin – whom, if this version of events is to be believed, was kind of a dolt. The mouse has the patience of a saint, returning to Ben’s side after Ben nearly electrocuted him in order to help him with the Declaration of Independence. Most of the other Founding Fathers were wealthy landowners. It could be cynically argued that they sought independence from England in order to form a new country which they, popular and established, might more easily rule. But Amos, who didn’t even have the right to own property, had no such vested interest. He founded this great Empire out of the goodness of his mousey heart.