[This week, the Think Tank tackles a seminal work of 1980’s literature: the lyrics to Bon Jovi’s “Livin’ on a Prayer.” Stay tuned next week for music theory analysis.] 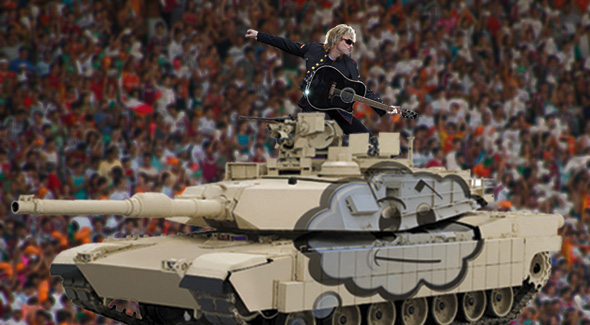 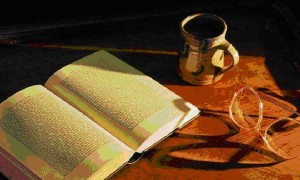 Knowing nothing about music theory and unable to come up with anything of note to say about “Living on a Prayer” as poetry, I’ve decided to complete an assignment I once had to do when I was getting my masters in English education.  It’s… the literary theory assignment!  Behold!

Living on a Prayer, the New Criticism reading: The lyrics start with the claim that this story happened “once upon a time, not so long ago,” which is our cue to read the text as a modern day fairytale.  What happens in the text itself, however, is not the stuff of fairytale at all.  “Tommy,” our dock-worker, is no knight in shining armor, though he tries to be by putting his six-string in hock.  But, like Prince Charming in the fairy stories of old, Tommy does represent Everyman, the ideal.  Likewise, “Gina” is no princess, but she is indeed a damsel in distress, the Everywoman in need of protection.  Thus, the “once upon a time” introduction to the song is meant to be a somewhat ironic reference that suggests that “Living on a Prayer” is at once a fairytale and something of a satire of one.

Living on a Prayer, Marxist reading: Bon Jovi is “working for the man” indeed.  While, at first glance, “Living on a Prayer” seems to be a paean to the working class couples of the world, the text ultimately is meant as an opiate for the masses.  It suggests that the poor workers of the world must “hold onto what they’ve got,” rather than rising up against their capitalist oppressors.  The music video corroborates this claim.  The band sings sadly about the plight of Tommy and Gina, yet the video on the screen is of the band’s members in expensive outfits, being worshiped at a concert, a bastion of capitalism.  There is a clear discrepancy between the lyrics of the text and the setting the song is being performed in.  Can any song about the poor by the rich count as true art?

Living on a Prayer, Feminist reading: Interesting to look at is the construction of gender in “Living on a Prayer.”  Tommy has a typically “male” job as a dock worker; Gina has a typically “female” job as a waitress.  When Tommy loses his income due to union troubles, he immediately feels emasculated and overcompensates by going into Protective Cave Man mode.  He hocks his six-string—which, incidentally, he didn’t use to make pansy “art”; he rather “made it talk” “tough” (so tough).  Then, he spends the rest of the song trying to convince his wife not to leave, because, without a wife to provide for (even if he can’t actually provide), he is not a real man.  The question is never asked, though: why does Gina dream of running away?  Is it only the lack of money?  Or is it something more?  Has Tommy been lashing out at her, beating her?  Does he come home and make her talk, like he used to do with his six-string?  We don’t know, because the male narrator does not tell us.

Living for the Fight: The Dockworker’s Strike of 1977, Belinkie

Let me say this right off the bat: I do not believe Bon Jovi based his song on specific historical events. As Shana points out, the “once upon a time” puts it pretty clearly in the realm of fairy tale. However… New Jersey dockworkers are part of the International Longshoreman’s Association, and as it turns out, the organization went on a major strike in 1977. The song was written in 1986, so I’d say 1977 counts as “not too long ago.”

The strike, which began on October 1, was a “selective” one. That is, dockworkers only refused to unload cargo from container ships, which were handled largely by machines and thus took jobs away from longshoremen. But Tommy is clearly a young man, and if there wasn’t enough work to go around during the strike, the more senior union members would probably get dibs.

The strike wasn’t just tough for Tommy–it was pretty tough for America. Over 70% of maritime cargo was cut off from the east coast. According to the Washington Post:

The strike has meant tens of thousands of layoffs in other industries and a loss of more than $1.3 billion in the gross national product… It has tied up more than $4 billion worth of freight, including such things as Christmas tree lights and components for Star Wars toys manufactured in the Far East…

Keep in mind, this is 1977. A lot of the economy is based around Star Wars toys.

But Tommy’s story has a happy ending. On November 14, the ILA announced a tentative settlement that gave the longshoremen virtually everything they wanted. The workers received pay increases of more than 30 per cent. They also got better job security, and protection against being replaced by machines. The higher pay was even backdated to June 1.

So when Tommy went back to work unloading Star Wars toys in early December, there was a check for at least $500 waiting for him. Think he’ll be able to buy his six string back?