Overthinking It takes a moment to recognize the passing of Karl Malden.

Malden came up in the 50s with Newman, Brando and the rest of the new generation of Method actors. He didn’t have striking good looks or a silky voice. Instead, he had a bulbous nose and a comfortable, Middle American drawl. He wouldn’t draw the audiences in like Newman’s blue eyes or Brando’s sulky rebelliousness would.

Malden had a different edge. He had a face you could trust.

In A Streetcar Named Desire, Malden plays the (relatively) honest Mitch, Blanche duBois’s only lifeline out of the filthy town of New Orleans. In On the Waterfront, he played cynical but uncompromising dockfront priest Father Barry. He played General Omar Bradley, beloved by his troops and trusted by his superiors – to the point where he got promoted past his friend, in Patton. And he was the perfect match to temper the college-educated naivete of young Michael Douglas in The Streets of San Francisco.

Malden looked like a face you could trust not because of any saintly aspects. He looked kind, sure, but he also looked experienced – a man who’d seen the ways of the real world. Every role he made famous combined those two elements – the detached wisdom and the grounded cynicism – making him a pillar of support.

He parlayed that trustworthiness into other roles too. For 21 years, Karl Malden was the face of American Express, pitching its travelers cheques to jet setters and business professionals. He served as president of the Academy of Motion Picture Arts and Sciences between 1989 and 1992. And his wife Mona Greenberg must have found him trustworthy as well; their 70-year marriage is the third longest among Hollywood actors.

Malden also led the charge to get an honorary Oscar for lifetime achievements for Elia Kazan, the phenomenal director whose reputation was crippled after he cooperated with the House Un-American Activities Committee. Many felt that Kazan’s aid in blacklisting Communist sympathizers should bar him from any future honors. But Malden stood up for him in 1999 and Kazan was honored that year. Without Malden’s integrity behind him, the lingering furor toward Kazan might have blocked him from being recognized.

Karl Malden portrayed, and was, a man to have in your corner. Overthinking It would miss him more, but the body of work he left behind makes one hell of an honor roll. 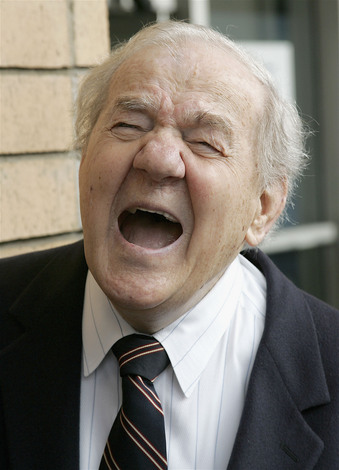