Eyes the shady night has shut
Cannot see the record cut,
And silence sounds no worse than cheers
After earth has stopped the ears.

I used to hustle, now all I do is relax and strive
When I was young, I was a fan of the Jackson 5
I drop jewels, wear jewels, hope to never run it,
With more kicks than a baby in a mother’s stomach
Nasty Nas has to rise cause I’m wise
This is exercise ’til the microphone dies
Back in ’83 I was an MC sparking
But I was too scared to grab the mikes in the park and
Kick my little raps cause I thought niggaz wouldn’t understand
And now in every jam I’m the fuckin man
I rap in front of more niggaz than in the slave ships
I used to watch C.H.I.P.S., now I load Glock clips

In 1994, hip hop artist Nas released the greatest hip hop album of all time. A genre which has since grown to encompass Ready to Die, All Eyez on Me, Enter the Thirty-Six Chambers, The Blueprint and Tha Carter has yet to produce anything which surpasses Illmatic. And it’s not just your correspondent who thinks so. The Source gave Illmatic five mics out of five the month it came out – one of only nine albums to receive such a score on first blush. Rolling Stone and Time also recognized it as a strong contribution, and passing years have only added to its acclaim.

Since 1994, Nas has released several more albums – Stillmatic, I Am …, God’s Son, Street’s Disciple and others. These albums have added a variety of tracks to the Nas catalog, from the inspirational (“If I Ruled the World“) to the bombastic (“Made You Look“). But none of these albums has received the overwhelming critical acclaim of Nas’s first sprint out the gate. Some critics have reacted with equanimity; some with disappointment. Thankfully Nas has not stopped producing.

But the question remains: what happened? Are critics holding Nas’s later work to too high a standard, judging everything as a letdown to the moving and lyrical genius of his first cut? Or is Nas a victim of his earliest success, producing polished but unexceptional work now that the hunger’s been taken from him? Certainly, either is possible.

Maybe there’s a third possibility, though. Maybe Nas already produced the greatest album he will ever produce. And maybe that’s all right.

The rise and coasting of Nas illustrates the dichotomy between artist-as-celebrity and artist-as-vessel-for-truth.

The artist as celebrity is a commodity – a factory which takes cash as an input and produces fame as an output. Journalists and producers fete him, and the public hangs on his every word. If he chooses, he can promote movies, video games or lines of clothing. The rewards of celebrity know no limits: access to the scions of culture, immortality in history, and of course a fortune.

But celebrity comes with a price. The public has a short attention span and constantly seeks new stimulants. An artist who wants to remain in the spotlight and defend his celebrity must constantly produce new and exotic entertainments. He can’t retread old ground. That’s last year’s material. If the populace doesn’t constantly receive new flavors of bread, they will abandon the circus.

The artist as vessel, on the other hand, is a hermit. He submerges himself in the language of human experience, but must retreat to privacy in order to fine-tune his art. He presents his creation to the world, heavy with meaning and style. Most artists strive in vain for their audience – The Great Gatsby didn’t reach its critical acclaim until after Fitzgerald’s death, and it was years until anyone thought anything of Dostoevsky. But that’s the price an artist pays for being a slave to both truth and beauty.

We have two competing drives here – the need for an audience (artist-as-celebrity) and the need to speak the truth (artist-as-vessel). Which wins?

To examine this further, your correspondent asks you to revisit Dead Poets Society. There’s a suitable calculus in the movie for determining the worth of a poem, even though Robin Williams calls it “excrement.” It’s a MySpace vid, sorry:

In case you won’t or can’t click on a MySpace link, here’s the relevant dialogue:

If the poem’s score for perfection is plotted along the horizontal of a graph, and its importance is plotted on the vertical, then calculating the total area of the poem yields the measure of its greatness. A sonnet by Byron may score high on the vertical, but only average on the horizontal. A Shakespearean sonnet, on the other hand, would score high both horizontally and vertically, yielding a massive total area, thereby revealing the poem to be truly great. As you proceed through the poetry in this book, practice this rating method. As your ability to evaluate poems in this matter grows, so will – so will your enjoyment and understanding of poetry.

A perfect metric. Put Merit (I prefer that to “importance”) on one axis and Technique (instead of “perfection”) on another. Rank each on a 1-to-7 Likert scale. Multiply the two together, double the result, and add 2. You now have a scale that goes from 4 (abysmal failure) to 100 (artistic perfection), with 34 being about average. The curve slopes oddly but it works.

A formula you can count on

As a rapper, Nas would naturally rap about the subjects most important to him – subjects with the most Merit – first. You can’t ration out your passion: if you’re compelled to get up on stage, it’s because you burn with something important to say. Therefore, Nas’s earliest raps would be on the closest subjects: friends who have gone to prison, surviving the dangers of the crack game, reminiscing over a peaceful time.

(This also makes sense from the viewpoint of homo economicus. Rational actors move first to achieve the wants that fulfill the most marginal utility.)

So Nas’s earliest raps will have the highest Merit available to him – a 7 on the 1-to-7 scale. Add to this Nas’s flow and rhyme, recognized by the critics listed above as the perfect Technique – another 7. 7 times 7 makes 49; 49 doubled is 98 and 98 plus 2 = 100. Therefore, Illmatic is the perfect rap album. 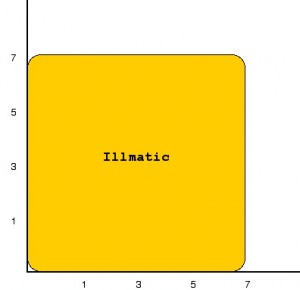 Fig 1: The absolute worth of Illmatic

Now, having produced this pearl without price, Nas turns to his next project. While the struggles of the East Coast ghetto during and after the crack epidemic can’t be exhausted in 36 minutes of tape, it follows necessarily that Nas got the important stuff out of the way first. So his next tracks will be on subjects of slightly lesser Merit – a 6 out of 7, let’s say. Ceteris paribus, this means It Was Written scores an 86 on our scale. Still exceptional (remember, 34 is “average”), but not up to prior works. 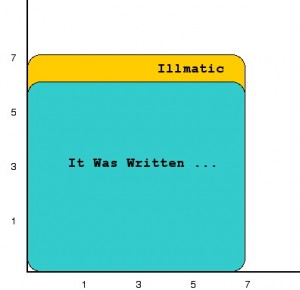 Fig 2 - The absolute worth of It Was Written ..., graphed against Illmatic

And so it continues.

But don’t just take Mr. J Evans Pritchard, Ludwig von Mises and your correspondent at their word. We’ve got science on our side! Specifically, Satoshi Kanazawa’s oft-cited 2003 paper, “Why Productivity Fades with Age“. In this paper, Kanazawa documents the contributions of 280 scientists and shows that apparent “genius” declines as age increases. Similar effects have been observed in jazz musicians, authors and painters. Kanazawa attributes this to biological factors – declining testosterone following marriage – but we don’t need to be that reductionist.

Kanazawa’s findings dovetail with ours, though. Creativity does decline with age.

And there’s nothing wrong with that. If an artist gifts us with a work of lasting genius – like The Great Gatsby, like Illmatic – we should consider ourselves lucky and not grow too hungry for more. Few artists who debut with that level of smashing success can reproduce it later. Maybe they’re unable to reconcile the burdens of aesthetics with celebrity. Maybe their brain has started to peak, per the dictates of evolution. Or maybe they’ve already said the most important things they have to say.

10 Comments on “Illmatic and the Crisis of Peaking Young”