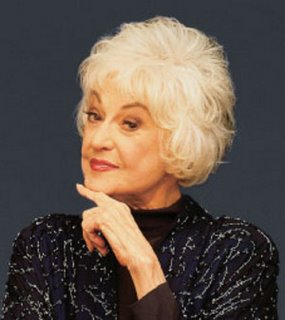 Overthinking It would like to bid farewell to Bea Arthur, who has died at the age of 86 of cancer.

Believe it or not, I’ve wondered from time to time what it would feel like when Bea Arthur died. She’s been playing older women on television since before I was born, but always stern, strong vigorous ones with a humanizing touch of whimsy and joy at living. She never seemed to falter in the face of aging, just as she never stepped off her unique center of gravity on our culture – declining the passivity or ingratiating tendencies associated with so many female character actresses and comediennes, while refusing to disrespect or disregard her own femininity.

As part of her life’s work, Ms. Arthur redefined the boundaries of “womanliness,” and when she’s been a traditional butt of jokes, it’s often been at least in part because people knew her, and her image, could take it. It’s often hard to define where acting falls in the scope of the greater mission of art, but I would say Bea Arthur gives us a great example – she created characters in such a way, uniquely and independently from writing and direction – that she has expanded the sense for our culture of what things mean.

Her legacy is that of a Lucille Ball who refused to be cute, who never had the humiliating necessity of begging Ricky for forgiveness, but who retained many of the qualities – the intelligence, the ambition, the independent sense of self, the wit, the performative capacity to portray obsession, and the trademark of every comic – the ability to interact to circumstances with characteristic honesty – that made Lucy’s own characters such cultural touchstones. 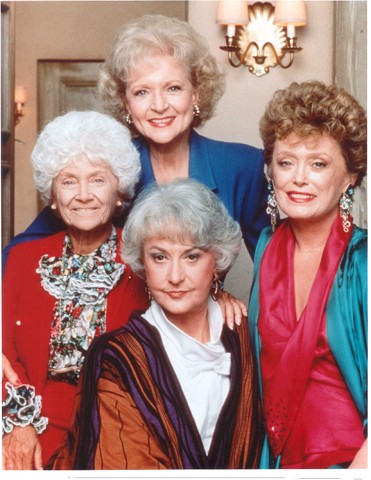 You may not think of Bea Arthur as a physical comedienne, but think of how much of her performance style was physical – her presence in a room, her posture – she did comic takes brilliantly, fusing a smooth naturalism with great timing and remarkable consistency. As I would put it as an improviser, she “held on to her shit” as well as any comic I’ve ever seen. And like all great artists, she made it look so easy that it was equally easy to dismiss just how hard it was to do what she did.

To answer my own question: When Bea Arthur died, it turned out I was much sadder than I had expected to be. It’s not as if I have an extremely personal connection to any one piece of hers. She wasn’t even my favorite Golden Girl. But through the years of seeing her perform, I’ve stored up enough respect for her as an artist to feel we’ve all lost something great from her passing; something we didn’t know we had until it was gone. We’ll probably never really be conscious of what her decades of work have done to change our culture. Just think of what a unique symbol she is. There is no one like her.

I hope that younger actors, male amd female, look to her as a source of wisdom and inspiration in how to conduct their craft.

Farewell, Ms. Arthur. Thank you for being a friend.