WASHINGTON – Illinois Senator Barrack Obama accepted the Presidential Matrix of Leadership on Tuesday, bringing light to America’s darkest hour and vowing to transform the nation and the world. 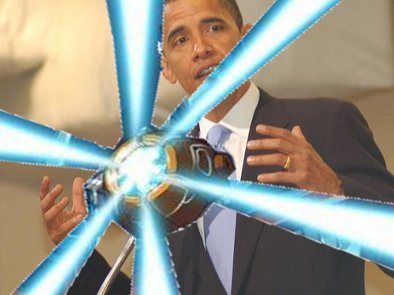 The Matrix had previously belonged to human tractor trailer William Jefferson Clinton, who, after prevailing in battle against independent prosecutor Kenneth Star, slowly darkened and passed away, devastating America’s children. 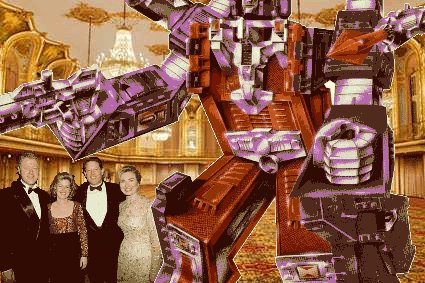 President Clinton intended to pass the Matrix to Gore or to his wife, but the succession was disrupted when, after withdrawing the football-shaped glowing store of all American knowledge and political experience from  his chest, it fell to the floor, bounced, and briefly touched the hand of Obama, then an unlikely candidate for the land’s highest office.

First Gore, then Clinton’s wife Hillary, made nearly successful attempts to claim leadership of the country, but without the mysterious powers of the matrix, their plans were dashed. (Ultra Magnus withdrew from a brief run for the GOP nomination after the 2004 Iowa Straw Poll.)

But the Matrix had chosen its successor, and after eight years in the darkness, during which the usurped mantle of the Presidency was involved in a number of accidental and deliberate attempts to devour the planet, the young, brash Senator secured the football and pulled on the sides of it, thus winning a majority of votes in the Electoral College and the position of chief executive.

Along pundits and political analysts, Obama’s success was attributed primarily to “The Touch.”