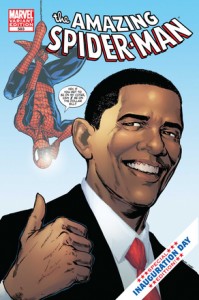 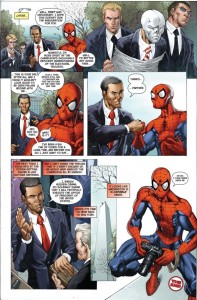 It’s not the first time an American President has appeared in a comic book (the article lists a few notable ones), but it’s definitely the first for Barack Obama, who may get his own comic book series if he can keep his cultish popularity up over the next 4-8 years.

Presumably, Spider-Man gives Obama some words of wisdom: “With great power, comes great responsibility to fix the enormous [email protected]!k that America has gotten itself into,” followed by, of course: