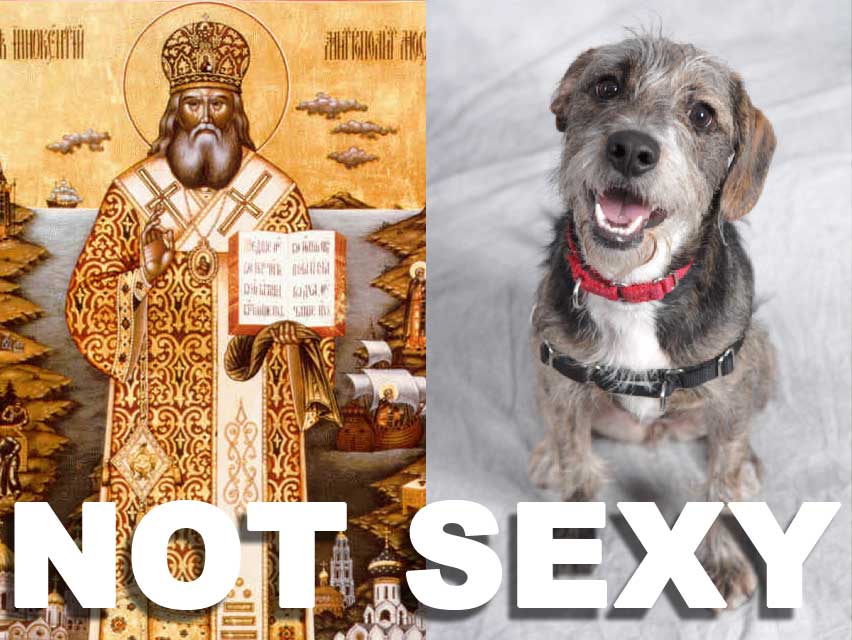 I’m going to try and keep this post SFW. But since it’s all about sex, I’m not sure how successful I’ll be.

I’m sorry to say that right now, sex is an amazing product that needs a marketing makeover.

I’m not talking about marketing that uses sex. There’s plenty of that, and it’s just peachy. What I’m talking about is considering sex itself as a product. If you wanted that product to fail, could you think of any worse names for the two major sex positions?

First of all, a lot of missionaries are celibate. In fact, St. Paul, “the Elvis of Missionaries,” was the guy who pretty much suggested that everyone should be celibate. A lot of what missionaries do is try and prevent sex. They will grudgingly admit that you have to have sex to make babies, but that’s really the only good aspect of it in their book (the Bible). Really, the “missionary position” should be a position where neither partner enjoys it. Like this.

I tried to figure out how this stupid name came about by perusing “Missionary Positions: Christian, Modernist, and Postmodernist,” an article in Current Anthropology by the ironically-named Robert Priest. (NOTE: You’ll need access to Google Scholar if you want to read this.) It turns out the term was first coined by Alfred Kinsey, “the Elvis of Sex Researchers.” In Kinsey’s 1948 mega-hit Sexual Behavior in the Human Male, he wrote:

It will be recalled that Malinowski records the nearly universal use of a totally different position among the Trobrianders in the Southwestern Pacific; and that he notes that caricatures of the English-American position are performed around the communal campfires, to the great amusement of the natives who refer to the position as the “missionary position.”

So Kinsey attributes the name to the Trobrianders, via turn of the century anthropologist Bronisław Malinowski. (Yes, there’s supposed to be a little line through that “l.” I’m as surprised as you that WordPress can do that.) But according to Priest, Malinowski says no such thing. In fact, Priest says that as far as anyone knows, no one ever used the phrase before Kinsey. Bronisław does say that the Trobrianders mock the European face-to-face style of whoopee, but he doesn’t say anything about it being called the “missionary position.” Priest concludes:

Kinsey apparently invented a legend while believing himself to be reporting historical fact and coined a new expression while thinking he was reporting an old one.

So basically, it’s called the “missionary position” by mistake.

Let’s perform a little thought experiment. Go ahead and brainstorm some animals that women do not want to be compared to under any circumstances. Pretty much the number one answer has to be “dog,” right?

So why on earth does it have to be called “doggy style?” Because it’s not like dogs are the only creatures that utilize this style. In fact, allow me to quote from Christianity Today: “We are the only species that commonly copulates face-to-face, so that partners look at each other as they mate, and have full-body contact.”

So basically, everything that is not us has sex doggy style. It should be called “animal style.” Or just take your pick of whatever animal you like. For instance, “lion style.” Doesn’t “lion style” sound better than “doggy style?”

I assure you, if sex had just been invented in 1962, and Don Draper walked into a meeting and heard that “missionary position” and “doggy style” were the proposed names for the two most popular positions, he would have thrown himself out a goddamed window. So what I propose is that we channel our inner Don Drapers, and come up with better terms for the two main sex positions. Names that will make people say, “Oooh, that sounds amazing. Let’s do that, honey.”

And by the way, I’ll be the first to admit that sex is very sexy as is. There is nothing sexier than sex. But Coke is the number one beverage, and they spend more money on advertising than anybody.