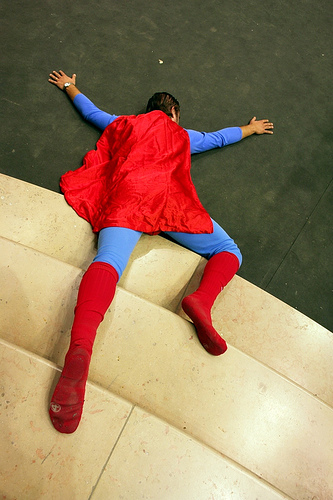 Well, it’s official.  According to A.O. Scott, one of the main film critics of the New York Times, superheroes are SO OVER.  Well.  I guess there won’t be anymore superhero movies, then.

Okay, so we all know that’s not going to happen.  But I kind of have to agree with Scott on some level.  The Dark Knight may have been so good that it ended a certain type of superhero movie thread.  This is the thread that Scott describes in his article: the one where the superhero runs after the villain for the first two-thirds of the movie, then they finally have a showdown in which the villain and superhero are revealed to be “not so different,” and then the superhero kicks the villain’s ass.  I agree with Scott that the ass-kicking part is the least interesting part of this kind of film.

So where does this leave superhero movies?  Are they so over?  If not, what kind of superhero film will replace the Dark Knight model?  If so, what will take their place?  My ideas are below the fold… 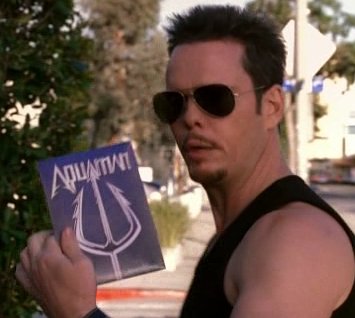 PATH #1: The Dark Knight doesn’t kill the superhero genre. The genre survives, although it doesn’t flourish.

In this possible future, movie producers don’t say to themselves, “Well, that was the pinnacle of superhero films.  We’re done.  Let’s find something else to do.”  Instead, they say to themselves, “HOLY SHIT THE DARK KNIGHT MADE A BAZILLION DOLLARS ME WANTZ!”

Needless to say, this is a likely future.

But, if A.O. Scott is right, these knock-offs will probably not match TDK or they will seem like pale parodies.  Even the third Christopher Nolan Batman will have a hard time overcoming its predecessor.

But, if superhero movies of this kind continue, here’s what we can probably expect:

Most of these movies will suck, and those that don’t will still probably fail to beat The Dark Knight or Spiderman 2 at the box office or on the critics lists.  Superhero films will die a slow death. 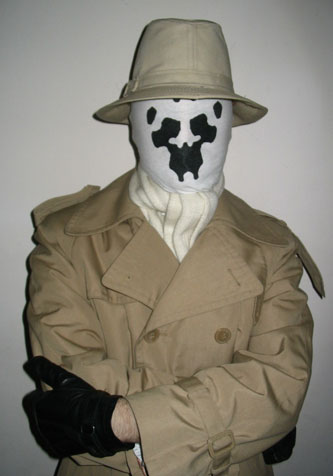 PATH #2: Superhero movies survive, but in a different form.

Like Jean Grey turning into Phoenix, in this potential future, superhero movies will survive, but they will be quite different than those that came before.  No longer will we see the usual plot of:

I think Path #2 will depend largely on the success of Watchmen.  If the movie sucks, which will be sad but not unexpected, that’ll probably be the final nail in the coffin of the superhero deconstruction film. 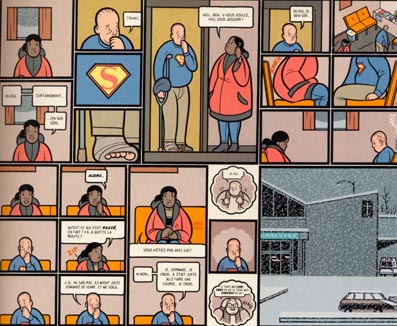 PATH #3: Superhero movies die, but the superhero myth lives on.

That is to say, the idea of the superhero doesn’t need to die when movies titled “_____Man” die.  When America finally gets tired of the superhero, they’ll lose their costumes, but the idea will live on.  Here’s what could happen:

As for me, I see a mix of all three paths in our future.  Long story short, superheroes are not dead.  They’ll just change a bit.  And that’s okay.

9 Comments on “The Future of Superhero Movies”