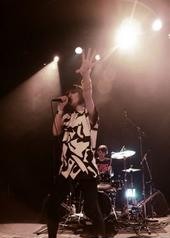 Even as McDonalds continues to evoke freedom fries francophobia in new advertisements, there are signs that the popular culture has moved on, and that we are on the brink of a new era in French-American relations. The ambassador of this détente? None other than a 25 year old female electro-hip-hopper named Yelle. Video and analysis after the jump.

Its not just that MTV has picked up Yelle as its current artist of the week as a tie-in to the Lauren Conrad-in-Paris-fucking-shit-up episode of The Hills. A quick view of the above video for the single “Je Veux te Voir” reveals an artist enamored of American youth culture, from 90’s revivalism, to American Apparel short-shorts, to pimped out Hummers. This stands in stark contrast to the stereotype many Americans hold of the French- drinking wine and eating cheese while reading Derrida and bemoaning the vacuous nature of the ever expanding American cultural hegemony.

Its clear: Yelle loves American hipsters, and American music bloggers have been quick to return the favor. And Yelle isn’t just an aberration: Kanye’s jumping on last year’s Daft Punk revivalism and the French duo Justice’s affection for Michael Jackson, 80s Metal, and old-school HBO provide additional evidence that the transatlantic love is deep and mutual.

If this is the beginning of a bigger trend, it may be necessary to abandon the widely held conception of globalization as the inevitable forward march of McWorld and start thinking about the possibility of a syncretic transnational hipsterati as a driving force in shaping word culture. The end of history is on its way. And it is wearing a unitard.

3 Comments on “We All Are Americans”