[I’ll get back to wrapping up my “No Crying In Baseball” series next week, but for a bit, I want to start a new series — books I fantasize about writing someday. I’ll probably come back to this intermittently. It’s a blog series I’ve always wanted to write. –Fenzel]

So, my boy Bill Bryson wrote a new book about some old subject matter: Shakespeare: The World As Stage, part of the Harper Collins Eminent Lives series. Harper Collins describes the series as “Brief biographies by distinguished authors on canonical figures.” I recommend the series for pleasure reading (it’s a soft recommendation), but that’s not what this post is about.

I like Bill Bryson a ton — mostly for his writing style guide: Bryson’s Dictionary of Troublesome Words: A Writer’s Guide to Getting It Right, which is the most fun you will ever have reading an index of words that isn’t by Ambrose Bierce. He’s got a witty, comfortable, conversational style, and he doesn’t bullshit you. That, of course, makes it difficult for him to write a biography of Shakespeare, because, as Bryson goes into very early in the book, most biographies of Shakespeare are bullshit. 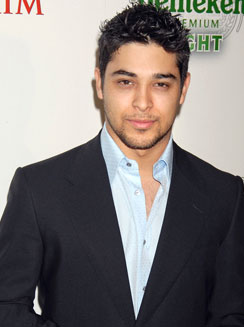 See, we really know very little about Shakespeare’s life. This isn’t necessarily proof his plays were written by Wilmer Valderrama.

We know very little about most Londoners from that period, because all their photo albums and commemorative t-shirts were destroyed in the Great Fire of 1666. So we know where he lived, sort of, we know a few things he did and a few legal disputes he was involved in, and we’ve been able to surmise from various scraps here and there a bunch of things about him that are probably true. Like that he probably wrote a play called Hamlet. Probably.

So, yeah, a lot of very smart people have put a shitload of work into what amount to a bunch of really good guesses about the guy. There is a lot of value in knowing a lot about these good guesses. I know for a fact that there are several contributors to this site who are much more well-versed in the Bard than myself, and they can talk about the good guesses better than I can. But that’s not the point.

The point is that when you write a biography of Shakespeare, you get to make a lot of stuff up, and as long as you can justify it with passages from his work or scattered scraps of historical evidence, you’re golden.

Nobody can tell you Shakespeare wasn’t gay (he probably was, according to passages from his work and scattered scraps of historical evidence). And there’s a certain value in that. People who understand that Shakespeare was an awesome writer (and that’s one thing we do know about him) and want to see connections between being an awesome writer and, say, being not gay, have a problem with that, and I’m totally fine with those people not having easy solutions to their problems.

Historical figures are identity political footballs—a given person might really want Shakespeare to have been Catholic, or from the nobility, or part Scottish or whatever. They all get their chance to have their say, and they’ve all written books.

Bryson basically takes that ambiguity into account and offers a general history lesson on Elizabethan and Jacobean society along with an overview of the evidence we do have and some of the more entertaining and/or plausible ideas people kick around about Shakespeare. So, he tries to write a biography while still leaving the narrative pretty open and not relying on too much of his own conjecture. That’s a pretty nice achievement. But I want to hunt bigger fish than that.

And Let It Not Be Forgot That O’Doyle Rules!

Nobody can tell me that Shakespeare wasn’t a huge asshole. Like, just a douchebag. Just a prick. And I think that would be a hilarious book to write. Just a thousand different, short, more or less unrelated claims that Shakespeare was just this douche, all internally inconsistent, all based on passages from his work and scraps of historical evidence. It’d be the academic equivalent of wikipedia vandalism, which I admit to thinking is often absolutely hilarious despite myself.

[ASIDE] I’m sick and tired of how our broke-ass public discourse, dressed up like a Spring Break Hegelian Dialectic that’s had one too many Mai Tais, generates crooked truth via crooked consensus. It amuses me and makes me feel better when somebody goes up to the Big Brother poster and suddenly he reads “We are at POOP with Asia. We have always been at POOP with Asia.” [EXEUNT, PURSUED BY BEAR]

Now, I love Shakespeare. I think his work is great. Sentimentally, I hope he wasn’t an asshole. I don’t feel wronged by him in anyway. But it remains that I really have not even an inkling, let alone proof, one way or the other. So why not consider the possibilities?

An Excerpt. A Palpable Excerpt.

Young William, merely 18 and already a real wad, married 26-year-old Anne Hathaway in some in 1582. The court of the Diocese of Worcester allowed the couple to read the marriage bans only once, rather than the more standard three times. By this point, William had mastered the art of flatulence on command, and used this skill to disrupt the wedding, strictly for his own amusement. The Sexton (so called because people went to him in the town after they had sex) would have forced the ceremony along after the second or third fart, as Sextons in Elizabethan times were known for their low tolerance for repetitive humor.

Later in life, Shakespeare would write of the event in one of his most beloved turns of verse, Sonnet 19:

“Rough winds do shake the darling buds of May,
And summer’s lease hath all too short a date:
Sometime too hot the eye of heaven shines*,”

*The reference to the “eye of heaven” in particular proves this was authentic Shakespeare — by 1585, Shakespeare had ascribed vaguely religious names to all the rougher geographies of his corpus. Don’t get me started on him “shuffling off his mortal coil.”

At any rate, the event must have been quite damaging for the relationship, and the marriage must have been in trouble from the get-go and for the long haul — despite four centuries of scholarship and research, nobody has ever found an invitation for Anne to come to any of Shakespeare’s plays.