A great warrior once said: “In space, all warriors are cold warriors.” 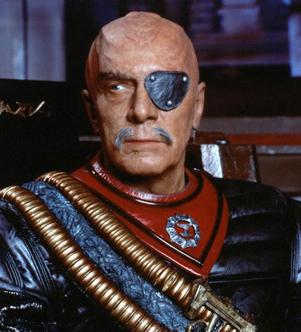 This guy said it.

Well, in Peak TV, all Hot Takes are destined to cool significantly by the time the photons even reach your eyeballs. So this might be a little all over the place. I hope you’ll forgive me. Spoilers for Episodes 1 & 2 of Discovery.

I’m a Star Trek guy. Okay? I was cheered when I first heard that this new series would be set in the original continuity rather than the J.J. Abrams-verse. Then I was scared when I saw what the Klingons looked like in this series and some of the dumb stuff being said in prerelease promotional material. I really wanted this to be good. I didn’t know if it would be good, but I wanted it to be. And it is. I think. At least, it’s definitely not obviously bad. There’s stuff in it. Star Trek kinda stuff. Stuff like this:

First, the theme music. It sounds like the original series opening mashed up with the opening from Sherlock. That’s fine. After Enterprise’s excruciating “Faith of the Heart,” this was a sound for sore ears.

Our first new alien crewmember of the U.S.S. Shenzhou is Saru; in part he’s your typical Trek-type bumpy-faced alien, but he’s also inhumanly tall enough not to make those of us now spoiled by Disney’s Star Wars to roll our eyes. 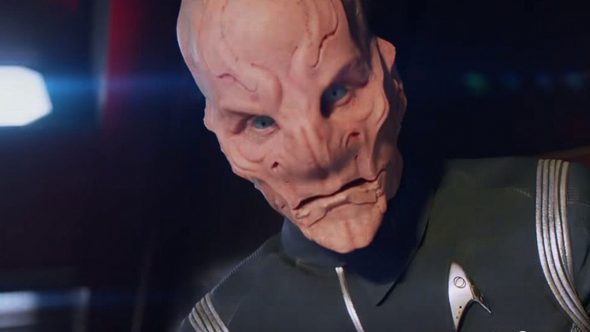 There’s kind of a lot of exposition – which, again, is actually pretty solidly Star Trek. This isn’t just Star Trek, it’s a Star Trek pilot, so blatant exposition is par for the course, but then again there actually seems like there’s less of it than in earlier Trek series pilots. They’re not trying to cram introductions to every single character in here like they would have had to do in a 1990s network television pilot. The bridge of the Shenzhou features a guy with flashing lights on his head and some of robot, neither of whom get any kind of intro at all. And that’s fine. That was a good choice. Audiences are more sophisticated than they were the last time Trek was on television – or at least more sophisticated than television networks thought that we were back then.

Here’s some of the stuff that bugged me. Every time Star Trek goes back into its history (the last television series, Enterprise, was set more than a century before the Original Series; Discovery is set only ten years earlier than Kirk’s five year mission) things get more and more anachronistic. Technology that just should not exist yet…exists. The transporter pads shouldn’t have touch screens, not until Next Gen. They didn’t get holographic communication working until Deep Space Nine, so what’s it doing here, almost 120 years earlier? The Shenzhou is supposed to be an old ship, but it’s even more futuristically designed than the Enterprise-E of the Next Generation movies. And yet for some reason they can’t transport someone to the ship without lifesigns? Come on. I know this is a weird thing to get hung up on, a weird thing to strain the suspension of disbelief but… still.

Same deal with the uniforms. How do we realistically get from here to the nipple-protruding spandex of the Original Series? (I do want a pair of those rad boots that Commander Burnham has, though.)

Point is, the show looks good – but kind of too good? I get not wanting to make things cheesy for the sake of visual continuity with older series, but then why not set it in the future? I think we’re all ready for a post-Voyager, post-Nemesis series. Well, maybe the next one. 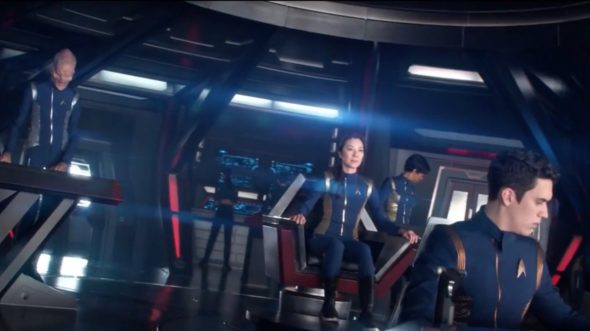 There’s also a ton of really distracting lens flair which I can only assume is meant to be an homage to J.J. Abrams.

The way the Klingons look. Okay, why? Just…why? While the Klingons have definitely evolved visually and culturally over the past 50 years of Trek, going from being swarthy Space Russians to ridgy-skulled Space Samurai-Vikings, now they’re – what – Space Ancient Egyptians? A lot of the Klingon cultural stuff the show gets right, according to what’s been established already. Besides the fact that Klingons do not entomb their dead. But the redesign… I just can’t get past it. It seems so senseless. 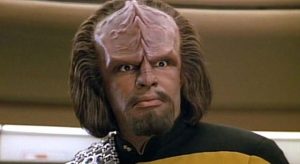 This is a Klingon 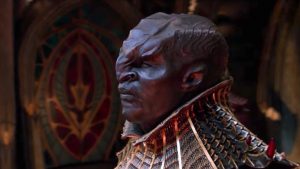 I don’t know what the hell this is.

Star Trek has always been primarily about ideas – that’s why the recent movies have been so bad, because they were just dumb action flicks – and hearteningly there are the beginnings of some verrrrrrry interesting philosophical inquiries in here.

The main character, Lieutenant Commander Burnham, is a human whose parents were killed by Klingons when she was young, and she was subsequently rescued and raised by Vulcans – actually her life was saved by a mindmeld from Spock’s father, Sarek). This makes her an interesting counterpoint to Worf, who was a Klingon raised by humans after being orphaned at the hands of Romulans. We haven’t seen many humans who grew up in alien cultures in Star Trek before (besides that one kid, Jono, raised by Talarians in that one episode of Next Gen), so Burnham makes for a very welcome new type of character.

Anyway, when Commander Burnham advises Admiral Anderson that “the ideal outcome for any Klingon interaction is battle. They’re relentlessly hostile, sir. It’s in their nature,” the Admiral more or less calls her out for being insufficiently woke. He’s surprised she’d say something so seemingly essentialist, even racist, considering her background

Burnham replies to this accusation with, “It would be unwise to confuse race and culture.” She should be well placed to make such a statement. But then again, she did say “it’s in their nature,” not “it’s in their nurture.”

When confrontation with the Klingons begins after a century of only sporadic contact, everyone in Starfleet is falling all over themselves to avoid any further conflict or accidental implication of aggression. Everyone except Commander Burnham. Starfleet may not have had much dealing with the Klingons for a while, but we the audience know that Klingons hate nothing more than a coward. As Burnham tells Captain Georgiou how the Vulcans originally defused tensions upon encountering the Klingons centuries earlier: “Violence brought respect. Respect brought peace.” 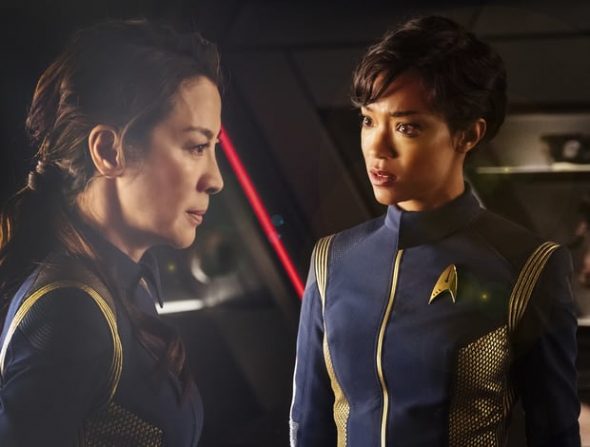 Doesn’t sound very Starfleet, does it? It isn’t, and that’s important. The Klingons’ plan here is to provoke a war with the Federation in order to unite the Empire’s warring houses; this is seen as necessary precisely because the Klingons fear that if they don’t fight the Federation, they’ll become like the Federation, or even be tempted to join it one day. In other words, they’re concerned about Federation cultural imperialism.

This is a theme that has been touched on before in Trek, notably in Deep Space Nine, although only a little. The idea that the Federation, and human cultural values generally (“sweet and cloying” like root beer, as Quark the Ferengi bartender put it), was actually even more insidious than the Borg (in the words of turncoat Starfleet Commander Eddington). The Borg, at least, were honest about their goal of total assimilation. The Federation, on the other hand, will just respect you so hard, will act so admirably and aspirationally that they’ll have you begging them to dilute or dissolve your own culture and let you assimilate into theirs.

Those are some ideas worth exploring.