Unless you’ve been living under a Netflix-free rock all summer, you’ve probably consumed at least some of Stranger Things. The series is a science fiction horror period piece and loving homage to the work of Steven Spielberg and Stephen King, which centers around the sudden disappearance of Will Byers in the small town of Hawkins, Indiana.  Will is part of a nerdy boy crew of geek culture aficionados who are the protagonists of the larger story.   As the show progresses, we come to find out that Will is trapped in the “Upside Down”—another world, similar in topography to Hawkins, inhabited by the Demogorgon, a xenomorph-esque yonic walking nightmare which has been crossing into the human world and preying upon the citizens of Hawkins.  The Upside Down appears to be like Hawkins, but somewhat off—it is a place that is perpetually dark and wintry.  It always appears to be snowing in its fog-filled forests.  The sun never shines in the Upside Down.   By the end of Season 1, the show leaves unresolved exactly what the Upside Down is, giving no indication as to whether it is a parallel universe, another dimension, a supernatural shadow world, or part of the larger Stranger Things  universe that will be revealed in future seasons. 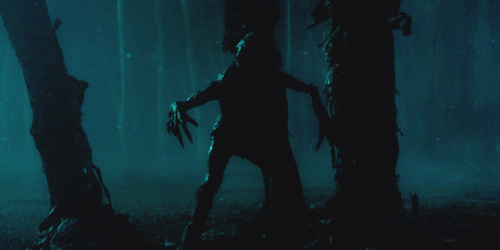 One way to understand and interpret the origin and relevance of the Upside Down is to focus on the show’s setting in the early 1980s. This setting not only allows the Duffer Brothers to visually and narratively pay tribute to the science fiction and horror tropes of the time, but it grounds the action in the specific socio-political setting of the Cold War. While the show never explicitly or directly addresses the Cold War,  in one particularly vivid scene, we witness Eleven observing in the realm of the Upside Down a high-ranking Soviet official. It is strongly implied in that scene that the U.S. government is exploiting Eleven’s telepathic and telekinetic talents in an attempt to spy on the Soviets.  The show recognizes the socio-political anxieties of the time and they undergird the narrative. 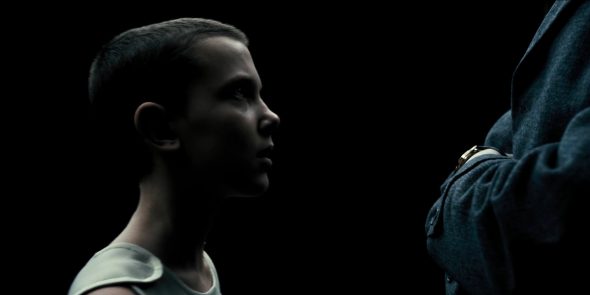 The action of Season 1 takes place in November of 1983, at the height of America’s anxieties about the increasing sociopolitical dominance of Russia and in the midst of severely strained relations with the competing global superpower.   1983 is the year in which America and the Soviet Union came very close to nuclear warfare.  At that time, the United States had deployed ballistic missiles in Western Europe and was engaging in a series of military maneuvers that led the Soviet Union to believe the United States was preparing for a nuclear attack on Russia.  The Soviet Union was preparing for such an attack and collecting intelligence relating to any potential imminent nuclear first strike from the United States.  On September 26, 1983,  the Soviet Union’s nuclear early warning satellites twice reported the launch of American ballistic missiles from bases in the United States.  Stanislav Petrov, a lieutenant colonel in the Soviet Air Defense Forces, was the officer on duty at the  bunker which housed the command center of these early warning satellites.  Shortly after midnight, the satellite detection system reported that one ballistic missile was heading towards the Soviet Union from the United States. Later in the evening, the satellites reported four additional ballistic missiles in the air, all directed toward the Soviet Union.  Petrov ultimately dismissed both of these reports as false alarms and  his assessment bore out to be correct.  A different person, with a different interpretation of those reports, might have led to a radically different outcome.  In the Stranger Things universe, Petrov would have made these decisions just months before Will Byers’ disappearance. 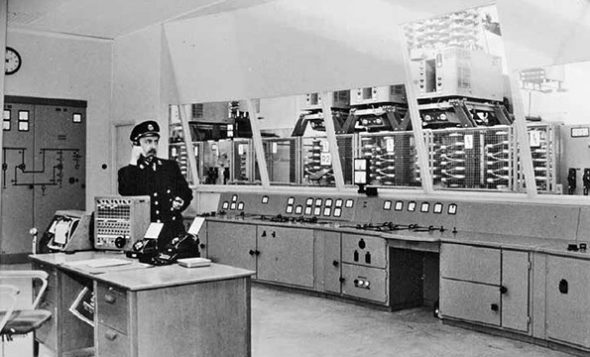 Which leads us to a theory of the Upside Down—the Upside Down is a world torn apart by nuclear warfare, quite possibly a world in which Petrov made a different decision or someone else was on duty that night in the Soviet bunker.  In the show’s depiction of the Upside Down, we see a world that looks remarkably like “nuclear winter”—the hypothetical global climate effect which could follow a nuclear war, whereby the planet would cool considerably as a result of firestorms releasing soot into the stratosphere, thus lowering the Earth’s surface temperature.  In such an environment, it is possible that humanity would starve as a  result of food shortages caused by the cooling of the Earth.  The Upside Down is a cold, dark place; there appear to be particles suspended in the air (is that snow-or perhaps, even soot?).  It is plausible that the Upside Down is a parallel universe where humankind has died off, the sun is choked off by soot and the ambient radiation from the nuclear weapons has given way to a truly grotesque mutation—the Demogorgon.  Nuclear deterrence, as a political strategy, was susceptible to failure; in November of 1983, Will Byers and the people of Hawkins were only one miscalculation away from world annihilation and a walking, faceless mutant booger.  The Demogorgon’s physical infiltration of their world underscores the ambient psychological terror of living during the Cold War.

The show’s summer arrival comes in the midst of America’s own “darkest timeline” scenario-the possibility of a Trump presidency.  There are many reasons to be concerned about a Trump presidency, but one of most frightening threats invoked in the parade of horrors often depicted by the Democratic party is the scenario where Donald Trump is called upon to make decisions about the use of nuclear weapons.  “A man you can bait with a tweet,” Hillary Clinton said in her convention speech, “is not a man we can trust with nuclear weapons.”    The rift in space-time in the town of Hawkins, and the scarily immediate accessibility to the Upside Down universe it brings, underscores the naiveté of feeling secure and the fragility of what we think are our most immutable institutions.  Even democracy is not safe from a Demogorgon.