There was a time I thought I knew what the Love Shack was. In my mind, it looked like Patrick Swayze’s bar in Roadhouse. (Not the horrible yuppie place he eventually turns it into, but the cool raunchy dive it is at the beginning.) But then I stopped to consider one particular lyric: “Glitter on the mattress.”

What the hell kind of place is this? It’s a place where there not only is at least one mattress, but that mattress is sparkling like a pre-schooler’s artwork. Personally, there are few places in the world I want to see glitter less than on my mattress. If Scarlett Johansson wanted to hook up with me but would only do so on a glittery mattress, I would thank God I’m married. 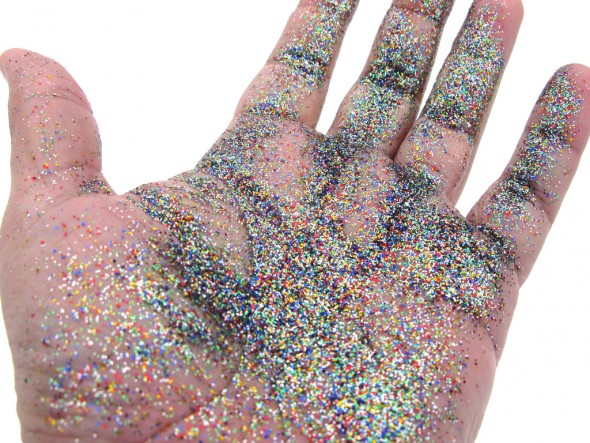 I mean, it would get EVERYWHERE.

But let’s get to the bottom of this Love Shack mystery. I could simply go to the song’s Wikipedia page and learn the true story, but at Overthinking It the author is dead, and the text itself is all that matters (at least when it’s more fun that way). So what do we actually know about the Love Shack?

I have three possible theories, none of them perfect.

1. The Love Shack is a bar/dance club.

You know, like a nightclub, for dancing. Wait a minute, wrong Swayze movie, WRONG SWAYZE MOVIE!

We know large crowds are going there and bringing jukebox money. We know there’s dancing going on in skimpy outfits. HOWEVER: What’s up with this mattress and front porch? Why do you have to bang on the front door? Wouldn’t it either just be open or they’d have a bouncer (Patrick Swayze!) out there checking IDs?

2. The Love Shack is a brothel.

A lot of the lyrics are actually euphemisms for down and dirty sex. “The love getaway.” “A little old place where we can get together.” “Love rules at the Love Shack.” “Huggin’ and a-kissin’.” “Bang bang!!” The Best Little Whorehouse in Georgia theory explains why the place is set way back in a field, and of course it explains the mattress. The singer’s description of how the whole shack shimmies as “everybody’s moving around and around and around and around” suddenly isn’t about dancing; it’s about an orgy of epic proportions. No wonder the place is hot as an oven. HOWEVER: Are the proprietors really going to put out signs by the side of the road advertising the location? It seems like even if local law enforcement is going to turn a blind eye, they’d have to be somewhat discreet. More importantly, the Love Shack is said to be a place where WE can get together. You go to hook up with the people you come with, not the girls that work there. (But here’s an interesting theory: what is the female singer is one of the girls working at the Love Shack? The whole thing is basically an ad for sex, and the part where she purrs “Bang Bang” is… wow.)

3. The Love Shack is an actual shack. 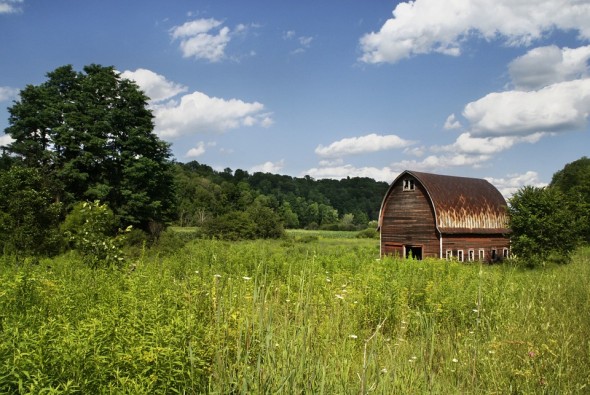 On this reading, the Love Shack is not a commercial establishment at all, but a spot where the local teens go to party. This does the most to explain the dilapidated condition of the place: a rusted shack on the verge of falling down. It’s just an abandoned cabin that the kids sneak off to for dancing, hooking up, and glitter fights. The only detail I’m not sure about is the jukebox. It doesn’t seem like that’s something that would be in a dilapidated sex cabin. In fact, I’m surprised the Love Shack has electricity at all.

But perhaps part of the confusion is that the song doesn’t present a single cohesive description of the Love Shack. We’re hearing two competing perspectives. 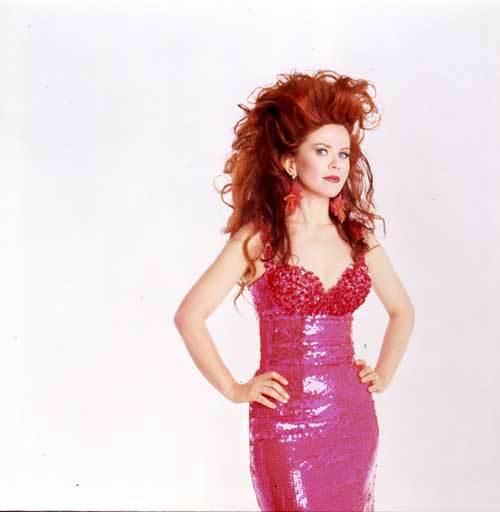 The first singer is B-52s singer Kate Pierson (fun fact: she did guest vocals on “Shiny Happy People”). She’s heading down the Atlanta highway, looking for “the love getaway.” Taken by itself, we’d assume she’s on her way to some sort of romantic weekend with a boyfriend, maybe a bed and breakfast followed by some antiquing. 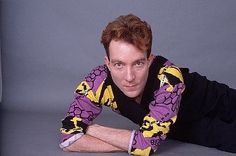 But then B-52s sprechgesang expert Fred Schneider chimes in. He is also heading to the Love Shack, but in a very different spirit: packing his car full of people like he’s a circus clown. If Kate and Fred are on their way to meet each other, one of them is going to be very disappointed.

These divergent expectations only deepen. To Kate, the Love Shack is a “little old place” (sounds quaint!) where “we can get together.” It’s “just a funky old shack.” She makes it sound small and sleepy. Whereas to Fred, it’s pandemonium. There is scantily-clad huggin’ and a-kissin’ practically threatening to bring the place down. Now admittedly, my theory threatens to fall apart (much like the Shack itself) when Kate sings “Everybody’s moving, everybody’s groovin’ baby,” which implies that she knows it’s a crowded dance party and not a romantic chateau. But I’d still say the “baby” there implies that she’s focused on one person, whereas Fred can’t stop talking about the scale of the crowds. Keep in mind that she’s the one who sings about the mattress; that’s the most important part of the Love Shack to her.

It’s only at the end of this song that the two singers meet up… only they don’t. She’s outside, knocking on the door, and he’s inside not hearing her. He literally says “I can’t hear you!” (which I realize is a paradox). Presumably he’s too busy huggin’ and a-kissin’ with the 20 people he arrived with.

And then we have one of the most well-known fermatas in pop music: “Tin roof! Rusted!”

What’s that about? I have a theory. Kate has finally arrived at the Love Shack for a romantic weekend, only to find herself stuck outside in the dark. Imagine her anticipation slowly turning to frustration as her banging goes unnoticed. Earlier in the song, she was willing to overlook the humble nature of the place because of what was going to happen in there: “just a funky old shack and I gotta get back.” But now that she’s pissed off, the Love Shack doesn’t seem like a magical spot where the road itself is paved in glitter. It seems like it has a rusted tin roof, which is NOT SEXY. I’m imagining that as the song resumes, Kate storms back to her car and peels off while Fred continues his bacchanalia.

4 Comments on “On the Nature of the Love Shack”