While watching the Grammys this past weekend, I couldn’t help but notice how hopelessly behind-the-times the Grammys are. No, I’m not talking about their usually unadventurous choices in artists they recognize (this year’s nods to Arcade Fire and Esperanza Spalding notwithstanding). I’m talking about the actual award itself: 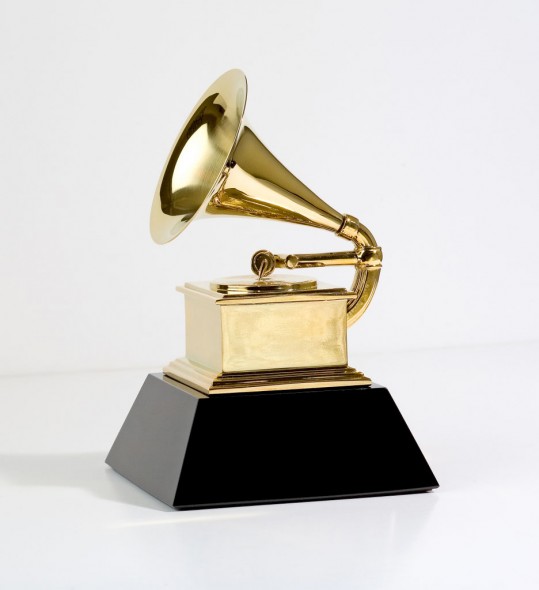 Does this come in MP3 or Ogg Vorbis?

Of course, it’s been behind the times for many years. This style of gramophone with the protruding horn went out of style around 1920, and more generally speaking, vinyl records lost their status as the main means of reproduction of recorded sound around 1988. I’m not referring to that. Instead, I’m referring to two things…

1. The award uses a representation of a physical medium that contains a sound recording. Physical media, especially when it comes to music, is essentially dead. Music is either streamed from the internet or downloaded into files that can be perfectly copied ad infinitum and know no physical boundaries.

2. There’s a big ‘ol speaker attached to the thing. Music is increasingly consumed through earphones attached to portable devices like smartphones and iPods. What was once a social, stationary activity is now intensely personal and constantly on the move.

Like I said, hopelessly behind the times. So what’s to be done about this? We could wait for the music industry to catch up to current trends

or we could take the initiative and suggest a new design for the Grammy award. Let’s give it a shot, shall we?

First, we need to understand what exactly the Grammy is awarding. Although it’s predominately a music award, keep in mind that its governing body is the “National Academy of Recording Arts and Sciences”–no mention of “music” in the name–and that there are two “spoken word” award categories. So although it’s tempting to create an award that’s a physical representation of music, like an instrument or musical notes, that would actually be a little too specific. Interestingly, the award in its current form acknowledges this and reminds us that this is really all about the capture and reproduction of sound. It just so happens that a lot of that sound involves music. Even a microphone wouldn’t be appropriate, as it’s fairly common these days to produce music that involves no recording of actual instruments or voices.

So if we’re trying to create an award for the capture and reproduction of sound that may or may not involve music and increasingly doesn’t involve physical media or public broadcast of that sound, what does that leave us with?

There is actually one specific physical object that lies at the heart of all of this activity. It’s the “digital to analog converter,” a small device, usually a small computer chip, that converts the digital representation of sound into an analog signal whose vibrations travel through speakers/headphones and eventually into your ear. I can’t cite this, but I can say with a high degree of confidence that no music/recording operation of any significant scale can escape this component. There is no such thing as an all-analog production process; even the most lo-fi artists’ tracks get uploaded to iTunes eventually.

So ladies and gentlemen, meet the Grammy of the 21st century: 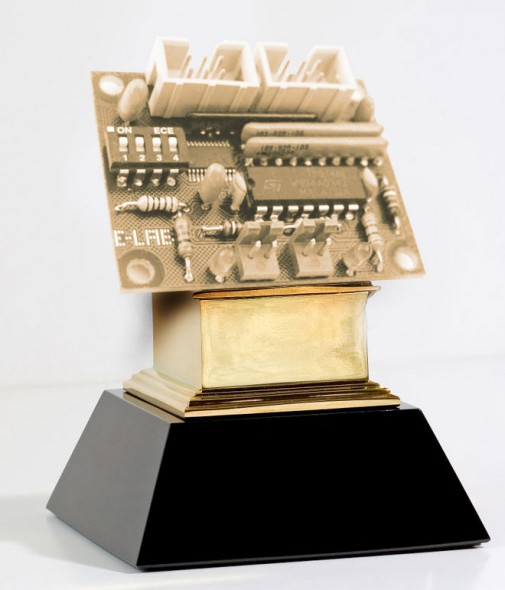 It would look great on Justin Bieber's mantel.

Readers: What do you think? Do you agree that the old gramophone award is hopelessly out of date? Do you have a better suggestion for a new award? Sound off in the comments!

13 Comments on “We Need A New Grammy Award”