Let’s address the obvious questions first: why “Sweetest Girl,” a moderately successful pop track that’s three years old? Why Overthink it now? And why is Perich doing it, as opposed to Lee or Stokes or Belinkie or Fenzel or really anyone who knows anything about music?

To tackle those in reverse order: Perich is doing it because no one else stepped up. Although some of the other writers provided some insightful comments; I’ll call those out below.

And why this song: oh, wow. It is just rife with meaning.

Wyclef makes use of a triple-antanaclasis here with three different meanings of the word “bill.” The first, the most common one throughout the song, is a bill as in currency – the “dollar dollar bill, y’all.” The second is a bill as in an invoice for services, like a water bill – “if they got to pay the bill.” The third is the bill as in the marquee of performers – “Tonight Wyclef, Akon, Weezy on the bill.” [hat tip to Jordan Stokes for the two-dollar word there]

What’s the effect of this identity rhyme? It ties into the theme that we’ll explore later in the chorus – that the presence of cash in the world is inescapable. Every aspect of your life touches on a bill. Wyclef, Akon and Lil’ Wayne are on the bill tonight (the marquee). Why? So they can make the bills (dollars) to pay the bills (invoices). It’s almost as if this single syllable rules everything around them.

Wyclef Jean demonstrates some real mastery of lyricism here, always one of his stronger suits. He doesn’t just say “this chick was hot.” He doesn’t just say “this chick was hot like [insert halfway clever metaphor].” He describes the behavior she provoked in him: he had to “do the hula hoop around the gym / just to get a peek again.” This evokes clear imagery: a scrawny teenage Wyclef, struggling to keep a hula hoop in rotation as he does a lap of the gym, to get a glimpse of this girl’s … legs? bra? It’s not made explicit, in order to retain the innocent tone.

Never thought she would come and work for the President
(Mr. George Washington)

Now this is an odd one. Wyclef sets up an internal dramatic irony here. We start with the bittersweet disappointment in his voice: “never thought she would come and work for the President.” Wha? Isn’t working for the President a great honor? Wasn’t that what The West Wing was trying to teach us all these years? Something’s not right here!

This is the song’s first call-out to an older and more famous hip-hop track: in this case, Jay-Z’s “Dead Presidents” off of his debut album Reasonable Doubt. One of the sharpest tracks off of Jay-Z’s critically acclaimed debut, it is – like the best hip-hop of the 90s – a tribute and lament to the struggle of earning money. Of course, Jay-Z owes some credit to legendary blues man Willie Dixon and his song “Dead Presidents”:

Hamilton on a ten can get you straight,
But Jackson on a twenty is really great.
And if you’re talkin’ bout a poor man’s friend
Grant will get you out of whatever you’re in. 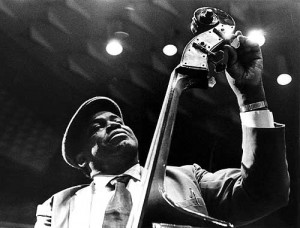 Of course, talking about the debt that hip-hop owes to the blues would merit a post all its own (or a Fenzel-level tangent). Suffice it to say, “dead presidents” is not an original metaphor.

Which is fine. It’s not supposed to be. “Sweetest Girl” is all about invoking the wisdom of the elders. More on that later.

To keep track of the narrative so far: this girl grew up in Wyclef’s neighborhood and went to school with him. Now she’s a prostitute.

The litany of personal woes and the response of “Where my money at?” evokes a bit of voice-over narration from the 1990 movie GoodFellas:

This is another classic which would be known to any hip-hop aficionado. Hip-hop in the 90s was 80% Goodfellas, Scarface, King of New York and New Jack City, 15% comic books and 5% Neil LaBute lines about women before LaBute wrote them. Again, Wyclef is invoking common wisdom: the old mythology, the classic songbook, the collective unconscious.

But he’s doing it in service of a different theme. There’s a huge catalog of songs that glorify the job of pimping. Most of Snoop Dogg’s catalog, a good bit of Dr. Dre’s as well, Big Daddy Kane’s “Pimpin’ Ain’t Easy.” Hell, a song depicting the hard life of pimps won an Academy Award just a few years back.

There aren’t as many songs talking about how cruel pimps are to the women in their stable, though. That’s what Wyclef wants to uncover for us. And to break through the generations of pimp-glorification, he needs to touch on references that’ll resonate for a hip-hop audience. There’s Jay-Z and his “Dead Presidents.” There’s Goodfellas. And there’s one more big one.