[Enjoy today’s guest post by Craig Spivack. Don’t forget to leave some feedback in the comments.]

Video games are an important part of culture, but are rarely psychoanalyzed in the same way that literature and film are. One famous video game that deals with Oedipal conflicts and phallic imagery is Star Fox 64. The story of the game encompasses many of Freud’s psychoanalytic ideas, and speaks to the game player.

The phallic imagery in Star Fox 64 is rampant. As Fox McCloud, the player pilots an Arwing, which can be likened to how ancient civilizations represented the penis as erect and winged. The lasers that one shoots from the Arwing represent semen, and Fox’s instinct to procreate. One must also look at Fox’s teammates and his relationships with them. Slippy Toad is usually the teammate that is in distress and is being attacked by enemy ships. Fox constantly saves him with his lasers, and this provides more evidence to the theory of a sexual relationship between Fox and Slippy. 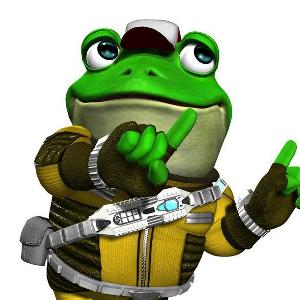 Furthering the idea that Fox is homosexual is the exchange of dialogue between Fox and his old friend Bill after the Katina level. Bill says in a tone of voice suggesting that he could even be winking at Fox, “Catch ya later Fox!” Fox then says, almost wistfully, “You, too.…Bill.” Fox is longing for the memories of his first sexual relationship with Bill. The fact that his first sexual relationship was not with his mother, which would be in tune with his Oedipal complex, will be addressed later. Although it can be said here that although Peppy Hare and ROB 64 provide motherly advice to Fox, they are inadequate.

The most interesting of Fox’s teammates is Falco Lombardi. Fox and Falco always have a very tense relationship, with Falco being very competitive in destroying the most enemy ships and being ungrateful of help from Fox. Falco is acting out his insecurities over his fear of castration through bravado. This is revealed to be a shell when his lover Katt aids the Star Fox team on a couple of levels. While she is making advances at him and destroying enemies, he almost refuses to talk to her. He feels inadequate to Katt, and is unable to develop a successful relationship with her. The fact that Falco is a bird can explain this; Falco was mouth-fed as a child by his mother, and never grew out of his love for her. He did not sexually mature, and thus cannot have a functioning relationship with a woman. 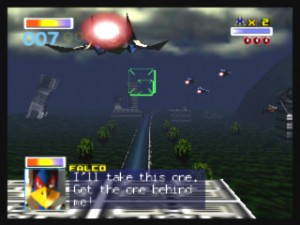