Over the past few weeks, I’ve been trying to enjoy the new Fox show “Glee,” but as I’ve mentioned on multiple times in the podcast, the show’s frequent trips towards absurdity often try my sense of suspension of disbelief.

One incident in particular stands out to me as an exceptional offense. In episode 4, the song “Single Ladies” inspires the hapless football team to find its groove, but more specifically, it allows Kurt, the over-the-top gay member of the glee club, to kick the game winning extra point.

Allow me to set this up for you if you haven’t seen this episode. Through a series of plot contrivances that aren’t worth getting into, the glee club director gets the football coach to agree to let him teach the football team the dance to Beyonce’s “Single Ladies” as a way to “loosen them up.” But rather than limit this to practice, they actually put the moves on before snapping the ball, which confuses the opposing team and allows them to score the game-tying touchdown. 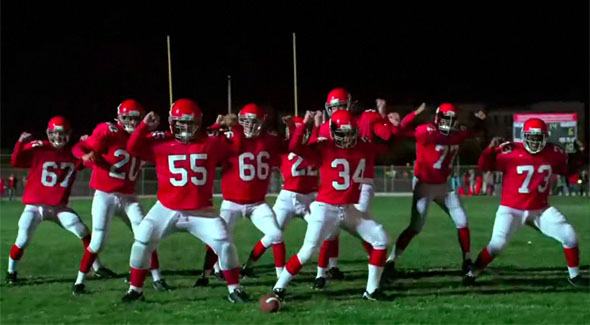 This is already stretching my suspension of disbelief, but this isn’t even the worst part. Now, the team has the opportunity to win on the upcoming extra point. Here’s the sequence of events.

Kurt comes onto the field and motions to the public address system operator: 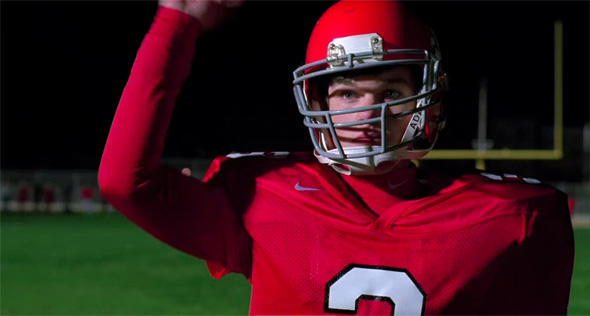 Cut to the PA system guys who give him the thumbs up: 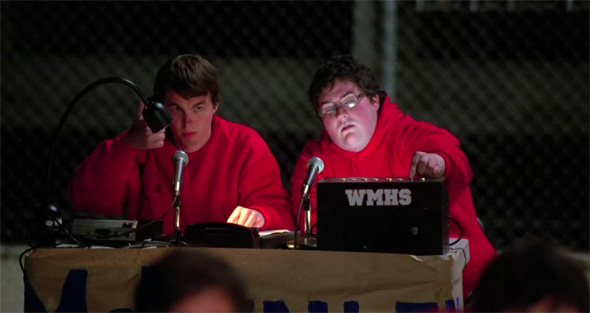 At this point, you hear the whine of feedback over the PA system, a clear indicator that “Single Ladies” is being piped into the stadium and onto the field.

Cut to the snap. With the ball in play, Kurt dances along to the music for a few seconds before (SPOILER ALERT) kicking the game winning extra point: 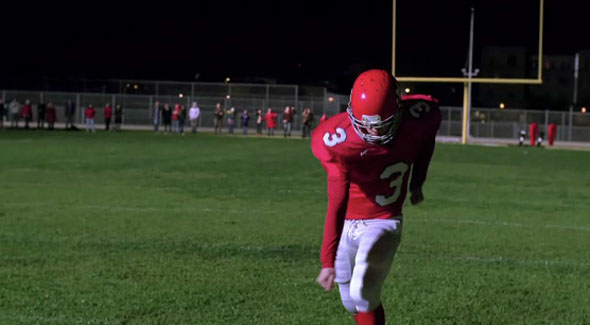 What’s wrong with this scene, you might be asking? One very simple thing: it clearly depicts music playing over the loudspeakers while the ball is in play.

This kills my suspension of disbelief in two ways. First, and most obviously, it ignores a rule that almost all viewers, sports fans or not, know instinctively: you can’t play music while the ball is in play. Music before and after the play is fine, but during play is a big no-no. It’s a distraction to the players on the field, but more relevant to this scene, it gives athletes a performance boost that they wouldn’t have otherwise. Both the performance and distraction reasons were cited by USA Track & Field in its recent decision to ban iPods from official races.

But wait: what about the previous scene, where the music is also unambiguously playing over the loudspeakers while the football team dances to “Single Ladies”? Take another look at the sequence of events (video is cued to the relevant part):

You’ll notice that the music cuts out right as the ball is snapped and put into play. Granted, the dance number by itself is probably violating some section of the Ohio State High School Football rulebook, but at least this sequence makes an attempt at respecting the “no music while the ball is in play” rule.

And that brings us to the second, and perhaps more important, reason why the kicking scene challenges suspension of disbelief. It violates its own internal consistency. Watch the kicking scene again. Feels even more unnatural now, right? (Video is cued to the relevant part.)

A TV show or movie doesn’t have to confine its depictions of action to the constraints of cold, hard reality, but it needs to be reasonably consistent in the way that it does violate those constraints. In “Glee,” we accept the unrealistic depiction of its musical numbers (theater spotlights in the choir rehearsal room, singing over amplified instruments without mics, etc.) because it does these things consistently. We process, we accept, we file away, we suspend disbelief, and we enjoy.

It’s no surprise, then, that “Glee” is most successful when delivering the musical goods (see their renditions of “Don’t Stop Believin'” and “Somebody to Love” if you haven’t yet), and least successful when it takes on other things like football or meaningful roles for Asian-American actresses.

But that’s another topic for another post. Until then, I’ll keep watching “Glee” with the hope that before the season ends, they correct this mistake and retroactively forfeit this game.

15 Comments on “Time Out! Music, Football, and Suspension of Disbelief in “Glee””