[This week’s Think Tank writers have seen a lot of crappy remakes in their time (*cough* Godzilla *cough*), but that doesn’t stop them from suggesting some of their own. Readers, be sure to vote at the end add your remake pitches in the comments.] 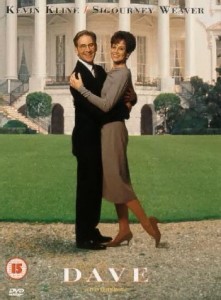 1993’s Dave has a spectacular premise that sadly fizzles out. It goes like this: the Secret Service hires a presidential look-alike (Dave) to stand in for the president while the real Commander-in-Chief has an affair with his secretary. Unfortunately, the prez has a stroke whilst in the act of coitus and goes into a coma. The evil Chief of Staff decides Dave will continue to stand in for the president for the foreseeable future so he can use Dave as a puppet.

Great set up, right? Sadly, the 1993 version doesn’t really go anywhere after that. Kevin Kline is far too bland. The pacing is lackadaisical. The script, which is supposedly comedic, doesn’t have any real laughs in it. The film seems to be trying to be inspirational, but the inspirational rhetoric rings hollow.

There are three easy ways to make Dave into a classic.

Dave already has all of elements of an old-style farce: mistaken identities, highly improbable plot developments, broad physical humor. Now, a good director and screenwriter just need to take it to the next level. Instead of casting the milquetoast Kline, cast Ricky Gervais. Quicken the pace by 150%. Add more doubles; let’s say Dave also has an evil identical twin who’s trying to steal Lincoln’s legendary gold. Give the secondary characters more quirks. Now Sigourney Weaver is an incorrigible slut; Ben Kingsley falls unconscious every time he hears “Hail to the Chief;” Frank Langella’s even more insane. Oh, and the White House has a chimpanzee in it. Don’t ask why. Just roll with it.

2. Make it a wackier fish out of water comedy.

Dave is already a fish out of water comedy; the trouble is, it’s not funny. Maybe it needs to be fish out of water-ier. Rather than have the stand-in president be the owner of a temp agency, make him a con artist played by Eddie Murphy. Or a stoner played by Jack Black. Or a wacky Brit played by John Oliver. You see where I’m going here.

Dave has the makings of an incisive satire about the emptiness of the executive branch, American voters’ preference of charisma over expertise, and the dangers of having sex with your secretary. The trouble is that Dave was made in 1993, back when we thought we were cynical about our leaders but didn’t yet know what cynical even meant. To make Dave a good satire, all the screenwriter has to do is set it in 2001. America quickly figures out that Dave is an airhead with no experience or knowledge of politics, but the country doesn’t care because he’s surrounded by clever men like Frank Langella. As in the 1993 version, this Dave eventually decides he’s going to use his new found executive powers to change the country for the better. Then suddenly we’re involved in two endless wars, the economy tanks, and torture and unwarranted wiretapping are suddenly legal. Things don’t get better for at least fifteen years. 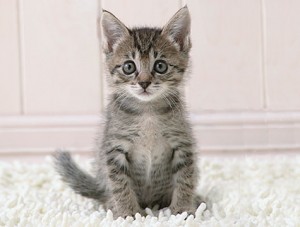 Or read more from… Featured, Movies, dave, dr zhivago, kkk, the birth of a nation, the last starfighter, think tank

9 Comments on “Movies that Should be Remade [Think Tank]”