I have to admit: the thing I was most looking forward to at Comic-Con was Warner Brothers’ Terminator Salvation sneak-peak screening. In case you haven’t noticed, we’re pretty big Terminator fans here at Overthinking It, and I for one have been cautiously optimistic about this film’s chances of restoring the Terminator franchise to some semblance of dignity after the disappointing Terminator 3: Rise of the Machines. (The recent TV series has accomplished some of that already, but that progress would be quickly erased by a stinker feature film.) 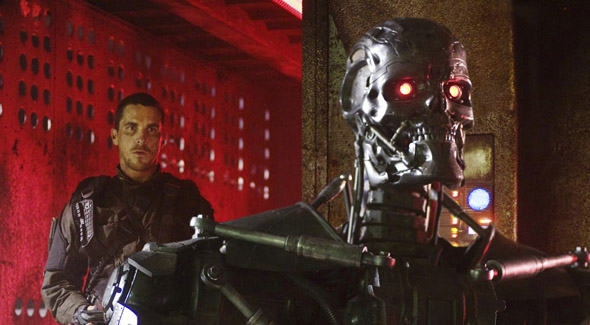 McG, the director of the film, came out to rather tepid applause. Many fans have been skeptical about how he would shape the film (myself included), but he slowly won the crowd over during the course of introducing the clips and the subsequent Q&A. 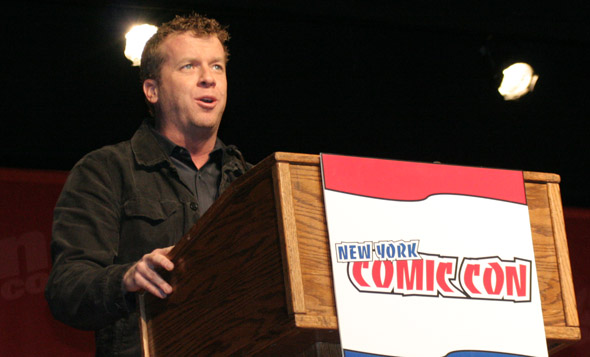 First, some thoughts on McG: the knee-jerk reaction has been to poo-poo him over his work on the Charlie’s Angels movies and his seemingly douchy name. He addressed both points head on: first, with regards to Charlie’s Angels, his defense was part “beggars can’t be choosers” and part “they were groundbreaking action movies because women were the stars.” Seems like McG hasn’t read a certain article on this site about why strong female characters are bad for women. I wasn’t totally sold, but at least his response was better than Michael Bay’s stock justification of his crap movies that goes along the lines of “it’s just entertainment.”

Second, with regards to the name: he claims that he hates it too and that it’s a childhood nickname resulting from several men in his large Irish family all having similar names. I’ll buy that. Overall, he came off as a genuinely enthusiastic filmmaker, not the Michael Bay-esque douchebag that many imagined him to be. However, to fend off criticism of his takeover of a pre-establish franchise, he proposed this dubious analogy:

This presupposes that this movie will be at the level of Aliens, which, as I’ll discuss below, is far from a foregone conclusion.

The footage shown was essentially an extended trailer, and parts of it included unfinished visual effects shots. Not surprisingly, it’s loud, things blow up, scary robots shoot humans, and (not really spoiler alert) someone says “Come with me if you want to live.” What was surprising, however, was the extent to which the footage emphasized the SkyNet prison camps where humans were being held “for R&D.” Below are some stills from the trailer that show these prison camps:

When watching the trailer, these scenes pass by too quickly for the viewer to fully process them, but the footage presented at Comic-Con spent a lot more time lingering over these prison camps. And you know what they reminded me of?

Concentration camps from the Holocaust.

I know, I’m probably attaching significance where none exists (see also: name of this website), but part of me was thinking that the filmmakers might be making this connection intentionally. Perhaps it’s a subtle campaign to elevate the film’s status among the eyes of critics, who as we know, just love those Holocaust movies: 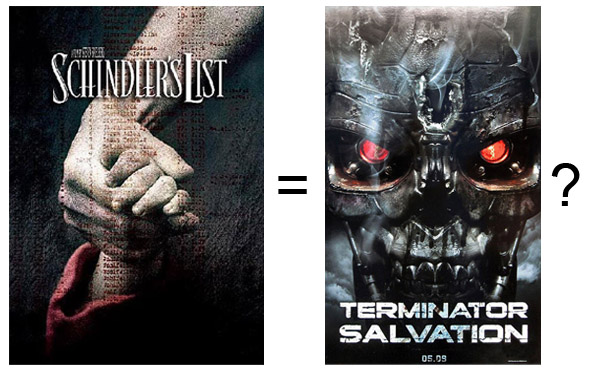 In all seriousness, though, I couldn’t walk away from this screening with any definite sense of what the movie would be like. The Watchmen screening presented an entire continuous scene, and from that, I was pretty quickly able to get a positive vibe on the film. This screening, however, was for the most part just an extended trailer: explosion, chase, fight, robots, prisoners, Christian Bale yelling, explosion, robot, Christian Bale talking in an impossibly gravelly voice, etc.

This could turn out to be a royal clusterf$%k. McG even went as far as soliciting audience feedback that he could take back to the editing room. I did not take this as a good sign. Or it could turn out to be a respectable, or even great, Terminator film. McG talked a good talk about the importance of the John Connor-Sarah Connor-Kyle Reese “triangle” that lies at the foundation of Terminator, as well as the compelling story of John Connor’s rise as the leader of the resistance.