Each and every year since we started Overthinking It in January 2008, it’s been our tradition to gather before the holidays and come up with some smart, funny gift recommendations from our smart funny friends to yours. We kept doing it long after everyone realized that affiliate marketing wasn’t going to save publishing (here’s our Amazon link by the way, which you can use year round!), and at this point it’s a pointless holiday tradition. I mean, not as pointless as Elf on the Shelf—it brings us joy to share with you some things we like that you or your discerning friends might also like.

We are so grateful for the listeners who think that what we do on the podcast is worth kicking in $5 per month to support.

Make that small monthly contribution (or save $10 when you pre-pay a whole year in advance), and get access to the digital library with extra podcasts, The Overview series of movie commentaries, and more downloadable audio. (Personal RSS feeds coming soon.) 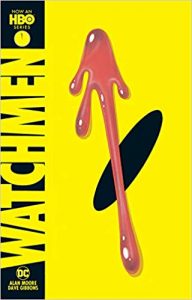 If you have somehow made it this far in life and in following Overthinking It without having read Watchmen, NOW IS THE TIME. (Time—see what I did there?) HBO’s sequel series is absolutely killing it, and in one highly notable episode radically re-contextualizes a small but key detail of the graphic novel—and in doing so radically re-contextualizes American superheroes writ large. I’m really not exaggerating at all. (Avoid spoilers at all costs.) Watchmen was and remains the perfect antidote for the mainstream superhero story. Marvel deserves tons of credit for its enormously entertaining and compelling cinematic universe, but too often it pulls its punches in ways that Watchmen never does. Watchmen goes there, without reservation, and you should too. —Mark Lee

Just Mercy: A Story of Justice and Redemption by Bryan Stevenson 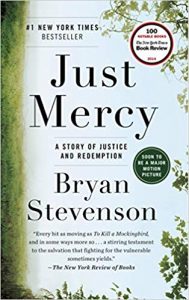 Let me just get this out of the way: this is a heavy book about capital punishment and gross miscarriages of justice. It will, at times, make you feel terrible about being a human being and/or a citizen of the United States of America. AND YET. I recommend this book without reservation and encourage anyone to read it, anytime, especially if that time is sooner rather than later. It’s more than just a first-person account by a crusading public interest attorney who gets innocent people off of death row; it’s also just a great piece of literature with beautifully written passages, excellent pacing, and as an added bonus, an indirect dialogue with another great piece of literature, To Kill a Mockingbird. Just Mercy was the best book I read in 2019, and I hope it claims that title for you in 2020. —ML 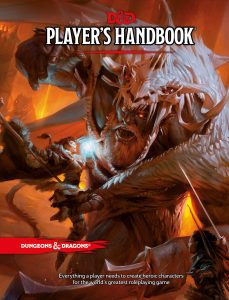 For years, you may have heard on Overthinking It and many other pop culture websites, podcasts, blogs, vlogs and floggings that “Geek Culture is Mainstream Culture.” Comic book movies are just movies. The Big Bang Theory has come and gone. Computers have been replaced by “IT” and “IT” ain’t just a clown in a sewer, IT’s a job you see all sorts of folks doing, from all sorts of backgrounds. Geeks aren’t really a thing anymore; non-Geeks are the standouts.

So, I’m here to tell you, it is time. Probably a year or so behind the news being true, but not too late to enjoy it: It is time to start playing Dungeons & Dragons.

Get yourself a player’s handbook, watch a couple of YouTube how-tos, maybe a few dozen hours of Critical Role sessions, and you too can probably find a bar or restaurant somewhere near you where you can sit down with strangers and play a pickup game, or some meetup group for folks your own age in your neighborhood. Indulge your inner Legolas. Toss your inner Gimli. Arm your own Galadriel with a magic ring so she can be as beautiful and terrible as the dawn (and maybe a maul with Great Weapon Master and Reckless Attack so she can hit like a truck).

5th edition Dungeons and Dragons came out about five years ago, and it is by far the easiest, simplest, most intuitive, least frustrating version of the game I’ve ever played. Gone are the complex modifiers to track every aspect of every action, along with the truly endless customization options, and in their place are more ample opportunities to roleplay and improvise. And by virtue of being playable by a wider range of people, it’s played by a wider range of people. And by virtue of being prominently featured in Stranger Things, it’s less of a stranger thing by comparison.

You can play online, you can play with friends, you can even play with your family if you want. I know there are many other RPGs out there, and the idea of “Dungeons and Dragons or Nothing” is a bit tiresome, and I welcome a counterproposal from the representatives of Pathfinder 2nd Edition, but the basic gist is that if you’ve had bad experiences with tabletop roleplaying in the past, those issues have not gone unaddressed by the game designers and the people who play. And it really is better than it used to be. Especially if you have to play cleric. —Peter Fenzel 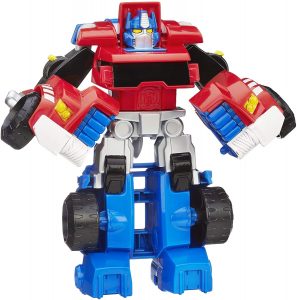 One thing that will never cease to fascinate me is the sharp turn away from violence in children’s entertainment over the last thirty years. How long has it been since there was a Disney animated movie in which the bad guy is straight-up killed at the end? Even Hans in Frozen, who very much deserved to be shattered into a million tiny shards like the T-1000, is merely banished. But in the olden days, kiddie audiences demanded blood. Gaston: fell to his death. Ursula: stabbed with a boat. Scar: ripped apart by goddamn hyenas.

Back in the 1980s, The Transformers was one of the most popular Saturday morning cartoons out there, and it is wall-to-wall robots trying to murder each other. Not more than 30 seconds goes by without the sound of laser fire streaking across the screen with deadly intent, and that was the way we liked it. But today, you can literally be suspended for merely holding your fingers into the shape of a gun.

So here’s the challenge Hasbro faced in 2012: create a show with Transformers for younger kids, but somehow remove the violence at the core of the series. Their ingenious solution was Rescue Bots, a series in which four new characters are tasked by Optimus Prime to work alongside the humans as rescue vehicles: a police car, a fire truck, a bulldozer, and a helicopter.

There are two things I love about these toys. First, they lend themselves to pretend play that’s about helping and saving, not crushing your enemies into scrap metal. And more importantly, they are very easy to transform. Your three-year-old basically just tugs on it and boom, robot. They’re easy, they’re indestructible, and the fire truck one has a robot beard. —Matthew Belinkie 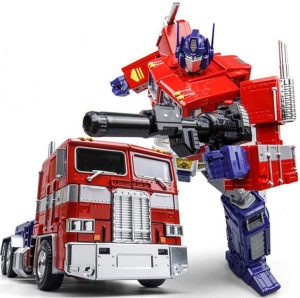 You guys, this is not so much a Transformers toy as it is an heirloom that will be passed down from generation to generation, warrior to warrior, much like the Matrix of Leadership that burns within Optimus Prime’s die cast chest. This version is from Wei Jiang, a Chinese company that appears to have no website. Is this even a legally licensed product? Shhh. That ain’t none of your concern. Just watch this British guy rave about the build quality and detailing and tell me you don’t want one sitting on your desk. 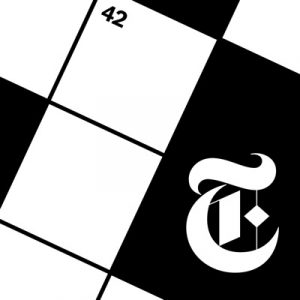 If you are like me, you are going to waste a certain amount of time on your phone every day, which means you might as well be intentional about how you waste it. The crossword puzzle app has many of the same strengths as more traditional time sinks such as twitter, but with few of the weaknesses. Both involve fitting just… the right… words into a sharply limited space. Both of them feed you dopamine on a lotus-eater drip. Both make you think—think—that you are accomplishing something. (Like literally anything at all.) But whereas Twitter seems to gradually make a lot of people into assholes, the only antisocial behavior the NYT crossword seems to incept is that you’ll start trying to work the word “apse” into casual conversation, or start believing that anyone, anywhere, even as slang, has referred to a private investigator as a “tec.”

Plus, and this is important, if the crossword puzzle ever starts to really ruin your day, there is a built in cheat function. Imagine how wonderful twitter could be if there was just a little lifesaver icon that was like “click here to come up with a good tweet.” Friend, you can live in that world. —Jordan Stokes