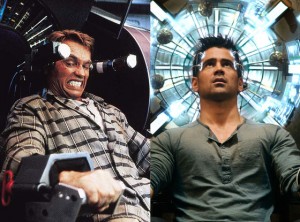 Yes, there’s a good chance you end up with this, but that’s a risk I’m willing to take.

First off, I’m going to limit myself to one “Great Scott!” in this entire post, starting now.

I used to be a remake skeptic just like you. “Look what Hollywood is remaking now,” I used to sneer. “How dare they touch Evil Dead! Shame on Darren Aronofsky for even THINKING about Robocop! And Johnny Depp, you are no Gene Wilder! Good DAY sir!” I distinctly remember the sinking feeling when, in 2009, I saw this photo of Zac Efron posing next to his Delorean, which sent the blogs all a-flutter with speculation that he was angling for a remake. “Not Back to the Future,” I moaned. “Is nothing sacred?”

But today, I’m here to tell you that nothing IS sacred, or at least movies aren’t. Movies are just stories, and stories are made to be retold a dozen different ways. When someone tells a great story, it’s silly to put it up on a pedestal and declare no one is ever allowed to tell that story again. Instead, we should get excited about the chance to see a new take on a classic. 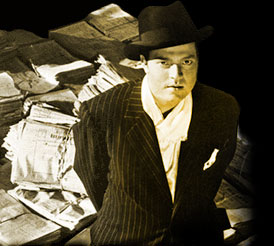 I guess Phillip Seymour Hoffman is too old to star in this, right?

Let me give you an extreme example: if Paul Thomas Anderson announced tomorrow he was going to remake The Godfather or Citizen Kane, I would completely support that project and be there on opening day. (Note that I’m specifying that only a top notch writer-director should attempt that kind of once-in-a-generation remake: Paul W. S. Anderson need not apply.) Sure, the odds that he could surpass the original film would be vanishingly slim, but that’s okay. Basically no movie ever made has surpassed The Godfather or Citizen Kane. The important question is, are those interesting stories worth retelling? If the answer is yes, then they are fair game for a remake… so long as you have something new and exciting to bring to the table. A remake should be a variation, not merely an echo. For instance:

1. A foreign film transposed to the United States.

(Incidentally, have you heard about Jason Reitman’s series of star-studded screenplay readings? He cast Bryan Cranston as Lester in American Beauty, Seth Rogan as the Dude in The Big Lebowski, and Mindy Kaling as Buttercup in The Princess Bride. Paul Rudd was Westley, and Fred Savage reprised his role as the grandson. Those readings are great arguments for how much fun remakes can be.)

Successful examples: The Fly, The Mummy, I Am Legend (love it except for the last ten minutes)

Chilling cautionary tales that prove this is usually a bad idea: Godzilla, Planet of the Apes, Clash of the Titans 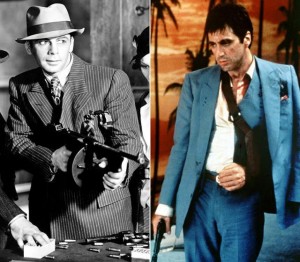 4. Modern update on a dated original

Successful examples: Scarface (which was an update of a 1930s gangster film, and has since become extremely dated and is currently being remade), You Got Mail (which also falls into category #3, substituting Tom Hanks for Jimmy Stewart), Casino Royale

Let’s dwell on this fourth category for a moment. Most movies are not MADE to be period pieces, but the world moves on and they stand still. The 1960 Oceans 11 was the height of cool. Today, it just seems like a time capsule. (Did you know that the men involved in the heist were supposed to be old WWII buddies?) That’s why it was a prime candidate for a remake. Soderbergh took the spirit and (some of) the plot of the original, and made everything cool again. In another 30 years, the 2001 Oceans 11 will be charmingly dated, and somebody else will make another remake.

And that leads us to Back to the Future, which I think is screaming out to be remade. The whole idea of the movie was to take a modern teen and send him back to when his parents were teens. When this movie came out, half the people in the movie theater could remember getting their first TV or going to the Enchantment Under the Sea dance. They had lived through it! Today, even the 1980s are a hazy memory. So while the movie will always be brilliant, it no longer feel contemporary, and it loses a little of its resonance with the audience. This is the PERFECT movie to remake once every generation. 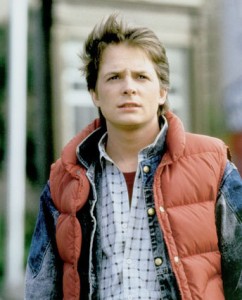 He can keep the vest in the remake. Puffy vests never go out of style.

Still not convinced? Consider this: Marty starts in 1985, travels back to 1955, and then jumps forward to 2015. If Hollywood starts planning a Back to the Future remake soon, the new Marty will start in 2015… and travel back to 1985.

That’s right, the bulk of the movie will be set at the same time the original came out.

Say it with me now: Great Scott!

When I try to imagine an updated BTTF, there are some moments that write themselves.

The time machine could still be a Delorean, because a Tesla Roadster just wouldn’t be as cool. And the Libyans can still be Libyans.

On the other hand, there are lots of classic BTTF moments that won’t translate well to a new decade. I can’t see an obvious way to update the whole “invention of the skateboard scene.” Is there any common mode of transportation in 2015 that was completely non-existent 30 years ago? The Segway doesn’t count – Marty can’t invent that in five seconds while being chased by an angry gang. But you know what? Remakes shouldn’t be scene by scene recreations anyway. 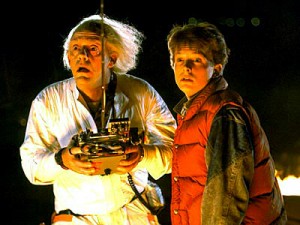 I’d like to see a little more about how Marty and Doc meet. That was always one of the big mysteries of the move to me: what is Marty doing hanging out with this reclusive old weirdo? Maybe the movie could even begin with Marty answering a Craigslist ad from a guy looking for some part time help taking care of his rundown old mansion. It turns out to be Doc, who is a local eccentric Boo Radley figure. I can imagine Marty exploring the house, slowly discovering that this guy he’s doing chores for is actually a kooky inventor. In this version, Marty would barely know Doc when he travels back in time (he’s only been working for him for a few days), but they’d bond in 1985.

And I would suggest they think of another plot device besides driving the car past the clock tower at the exact second it gets hit by lightning. Even as a kid I found that incredibly implausible (Marty even misses the timer that tells him when to start, and he still hits the wire right on the nose). But more importantly, the original movie already DID that sequence, and you can’t top it. I’m sure they could think of another way for the car to catch the lightning bolt, or a completely different power system. 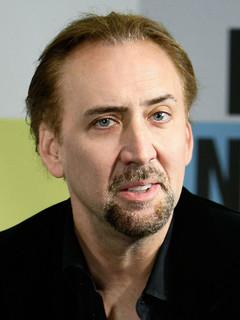 I don’t think a mad scientist would be too much of a stretch, but let’s audition other people before we settle.

The plot may be evergreen, but that doesn’t mean that remaking a classic like BTTF would be easy. To borrow a phrase from 1985, I pity the fool who steps into Michael J. Fox’s self-tying hi-tops, or Christopher Lloyd’s labcoat. (I think the obvious choices for Doc are Nicolas Cage or Johnny Depp, but I can’t say I’d be thrilled with either of them.)

Maybe the way to deal with this is to put a new spin on the characters. I ran this idea by Fenzel, and he suggested a gender flip: Marti can be a girl. In this version, her MOM is a total nerd who needs to build up the confidence to ask that cute boy to the school dance. (Or more interestingly, her mom’s a total bad girl rebel biker chick, and Marti has to convince her to give the sweet, nerdy boy a chance.) Instead of Biff being a meathead, make her your classic mean girl head cheerleader type (Buff? Babs?). The big problem with this is while male Marty trying to fend off the sexual advances of his mom is funny, female Marti fending off her dad is really creepy.

By the way: Matthew Broderick must play Mr. Strickland. This is non-negotiable.

But I’m not proposing JUST a remake of Back to the Future. I want to remake the whole trilogy! This means that in the second movie, we get to create a Minority Report-style world for Marty (or Marti) to explore. I’d actually like to keep as much of the Back to the Future 2 version of 2015 as possible, with flying cars and a 3D shark attacking Marty on the sidewalk. And hoverboards, obviously. As for Back to the Future 3, going back exactly 100 years would send Marty to 1915, which isn’t really a fun time period (is Doc somehow killed by the Red Baron?). But you could send him back 80 years, and then make Part Three a fun gangster flick. Babs’ great-great-grandmother could be Mrs. Al Capone or something. (Am I not selling this whole gender flip idea? Okay, I’ll stop.)

And then we can look forward to 2045, when the Marty in the remake of the remake of Back to the Future will get sent back to 2015. He will doubtlessly be baffled by our smartphones, high definition televisions, and old timey broadband internet. This remake needs to happen every 30 years, forever. It’s true that we may never produce a remake as good as the original, but I’m okay with that. I think we’d have a lot of fun trying. 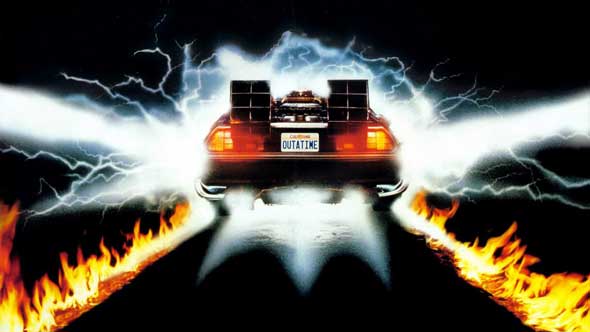 Or read more from… Featured, Movies, back to the future, remakes