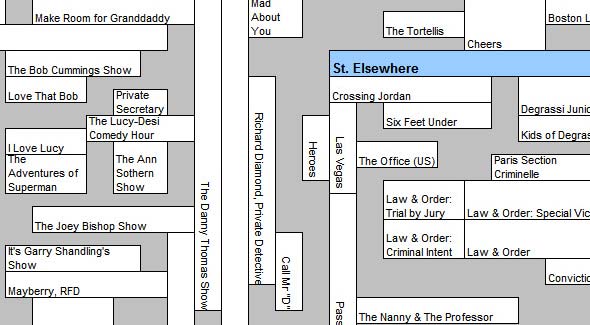 In scientific publications, most of the articles are original research. There are also review articles–overviews of the work that’s been done on a particular problem, for the benefit of those in the field who want to keep up.

This is a review article on the Tommy Westphall Hypothesis. I’m not introducing any brilliant new observations of my own. But if you’ve never heard of Tommy, and you like Overthinking™ stuff, let me get you up to speed. 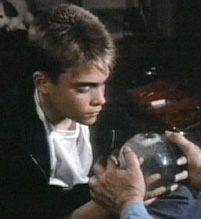 Dr. Donald Westphall was one of the main characters on the 1980’s NBC medical show St. Elsewhere. Tommy was his autistic son. The final episode aired May 25, 1989. In the last scene, Donald Westphall returns home, and based on his clothes and conversation, it’s clear he’s a construction worker, not a doctor. Donald looks at Tommy and says, “I don’t even know if he can hear me, because he sits there, all day long, in his own world, staring at that toy. What’s he thinking about?” The toy is a snow globe containing the hospital the series was set at.

The ending’s a bit ambiguous, but the most common interpretation is the entire show was just a figment of Tommy’s imagination. In other words, it was all a dream.

First of all, I have nothing but pity for the poor fans of St. Elsewhere. I’ve watched a lot of series finales in my day, and never have I said to myself, “I really hope it turns out everything I spend the last six years watching was a dream.” Can you imagine what the fans of Lost would do if the last episode ends like this? There would be riots. 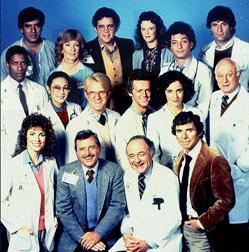 All these people are not only fictional, but fictional within the fiction. If this hurts your brain, now would be an excellent time to bail out.

But if you accept that Cheers is all part of Tommy’s dreamworld, then of course Frasier is as well. And in one episode of Frasier, Daphne is complaining about a “Caroline in the City” comic strip, which means Caroline in the City is all a dream too.

Stick with me now.

On one episode of Caroline, Caroline’s friend Annie runs into Chandler Bing in a video store. Chandler is, of course, one of the Friends. Phoebe’s sister, Ursula, is a character on Mad About You. On one episode of that show, Paul is doing a documentary on the history of television, and he wants Alan Brady to do the narration. Alan Brady was the star of the fictional Alan Brady Show, within The Dick Van Dyke Show. And that destabilizes a whole pocket of classic TV, sucking The Brady Bunch, Batman, and The Addams Family into Tommy’s mind.

This is the Tommy Westphall Hypothesis: St. Elsewhere and any show that can be shown to share a fictional universe with  St. Elsewhere are all daydreams. It’s hard to say who originated this idea, but there’s a good chance it was Dwayne McDuffie. He’s a comic book/TV writer, and in 2002 he explained the Hypothesis very well in an issue of Slush Factory, a magazine primarily about comics (I can’t find the article at the Slush Factory site, but you can read it here). McDuffie presents the Hypothesis as his own, and since I can’t find any pre-2002 mentions of it, I’m prepared to tip my hat to him. (Actually, I’d tip my hat to him in any case for his writing on the Cartoon Network’s Justice League.)

In the article, McDuffie invites readers to send him more crossovers:

All of these would help me prove my Grand Unification Theory, which posits: “The last five minutes of St. Elsewhere is the only television show, ever. Everything else is a daydream.” 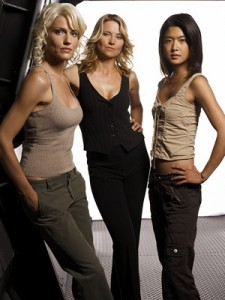 Are they really Cylons? Only Tommy knows for sure. (See upper-left quadrant of chart, attached to Angel.)

Seven years later, not every show has been tied to Tommy, but the rabbit hole goes pretty deep. Behold this. It’s a fairly epic chart put together by “Crossoverman,” showing all 282 shows currently linked to St. Elsewhere. If there was a Nobel Prize for charts, this would get my vote. But to understand it, you’ll have to consult the key, which explains exactly why these shows are linked. For instance, if you look at the chart and see the big box at the top center, you’ll notice The X-Files and Homicide: Life on the Street are linked. Now go to the key and search for “X-Files”: you’ll find that Detective Munch once questioned the Lone Gunmen.

Even if you don’t put any stock in the Westphall Hypothesis, perusing the chart is definitely a lot of fun. I am in awe of Crossoverman’s work. That’s not to say, however, that I agree with every single link. As the blog Yesterday’s Salad pointed out, some links are stronger than others. For example, there was an episode of the tween soap Degrassi Junior High in which a “Dr. Donald Westphall” is paged in a hospital scene. The character never shows up – it’s just a name over an intercom. Does this prove that Degrassi and St. Elsewhere share the same universe?

Examining the chart myself, I was at first excited to see Lost on there. After all, it would be cool to be able to say, “I know what’s really going on in Lost.” But when I checked out how it’s linked into the chart, I was disappointed. Both Diagnosis Murder and Lost feature an “Oceanic Airlines.” That’s it. Personally, I think “Oceanic” is a pretty generic airline name, and hardly proof the two shows coexist.

So you can nitpick exactly how many shows are in play here. But even if you insist that only a real crossover of fictional characters should tie a show to the Westphallverse, that still leaves you with a pretty big web. And I’ve got to admit, it disturbs me. I really don’t want The Office to be just a figment of Tommy’s imagination. But of course, The Office isn’t real. It’s 100% made up, and I know this. And yet, the idea that it might be not only fake but doubly fake is unsettling. And it’s unsettling that it’s unsettling. If anyone knows a good German word for “a wearying level of reflexivity,” pass it along. 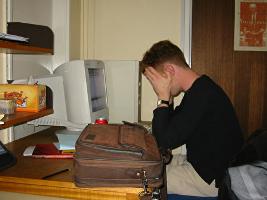 Professor Weatherson, putting his PhD to good use. (That wasn't meant to be sarcastic - seriously, read the article.)

Luckily for me, there are plenty of good ways to poke holes in the theory. In fact, Brian Weatherson, an Associate Professor of Philosophy at Rutgers, wrote an admirably Overthought article back in 2004 called Six Objections to the Westphall Hypothesis. Some of these are pretty weak (#4 is basically: The writers of Cheers clearly didn’t intend for their show to be set in Tommy’s dream, so we should give them a break and assume it’s not.) But some are pretty compelling. For instance, just because we dream about something doesn’t necessarily mean it exists only in a dream.

I could have a dream where I’m catching Pedro Martinez as he strikes out 22 Yankees to clinch the ALCS. Again, that wouldn’t mean Pedro Martinez, or the New York Yankees, or the American League are not real.

Basically what this means is, maybe we can build a firewall around St. Elsewhere and save other shows from the gaping maw of Tommy’s fantasy. For instance, let’s say that Tommy had once visited the Cheers bar (unlikely, since he’s a kid, but you never know). In that case, he could have imagined his pretend St. Elsewhere doctors visiting a real place and meeting a real waitress. This seems to be the most common argument against the theory that I’ve read on the internet.

But there’s a simpler reason the Tommy Westphall Hypothesis just has to be wrong: there is no way an autistic boy who spends all day at home staring at a snow globe would be able to imagine even one TV series worth of stories. How could Tommy think up police procedurals, courtroom dramas, or high school melodramas? 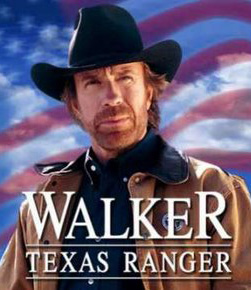 On the other hand, autistic people often have amazing powers of memorization. Maybe Tommy spends his days not staring at the snow globe (as his dad thinks) but rather memorizing every page in an encyclopedia, thus learning enough crime scene jargon to dream up CSI.

On the other other hand, do we really believe that Tommy – not just a child, but an autistic child – has the emotional maturity to imagine 208 shows worth of friendships, rivalries, and sexual relationships? In fact, it’s not even plausible to believe Tommy dreamed up St. Elsewhere. How would he know so much about medicine, if his dad really is a construction worker?

And so we circle back to my very first point: this is a lame ending to a TV show. Not only is it unsatisfying, it just doesn’t make sense. Tommy couldn’t have dreamed up 137 episodes of this show. And if he didn’t dream up St. Elsewhere, than I definitely think Heroes is safe.

Incidentally, the actor who played Tommy has a website you should really take a look at.